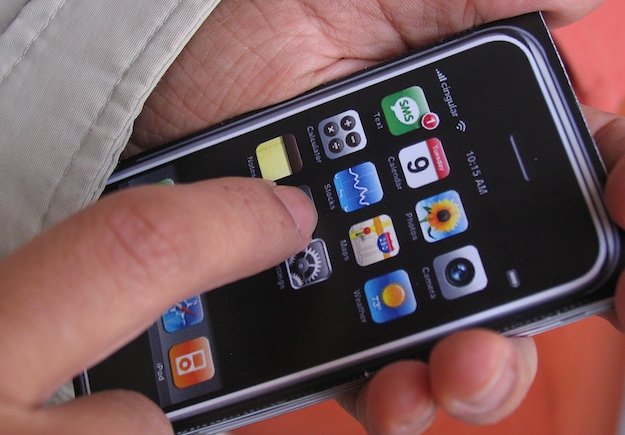 Over the last decade, no tech product has had more of an impact on the way we lead our lives than the iPhone. Without question, the iPhone ushered in the modern-day smartphone era and forever changed the way we entertain ourselves, access information, travel, and communicate with the world. It’s reasonable to categorize the iPhone as a once-in-a-lifetime product, and with that, it’s also reasonable to assume that we may never again see a tech product so quickly and profoundly change the world.

The iPhone today stands as an incredible example of engineering prowess. It’s thin, it can record and edit movies, it’s fast, it has an incredibly high-quality camera and the list goes on and on. But if we go back to the mid-2000s, back when the Motorola Razr was all the rage and the idea of Apple entering the phone business was preposterous, we quickly learn that some of the earliest iPhone prototypes were far from engineering marvels.

Speaking to this point, former Apple executive Tony Fadell, the man credited as creating the iPod, recently sat down with VentureBeat for a wide-ranging and informative interview that touched a number of interesting topics.

Of particular interest is when the conversation turned towards some of the early challenges Apple faced when creating the original iPhone. While the iPhone Steve Jobs showed off in January of 2007 was a sleek device with a 3.5-inch touchscreen display, early incarnations of the device were far from elegant or user friendly. In fact, one of the first iPhone prototypes Apple engineers worked on was nothing more than an iPod with built-in cellular connectivity. That being the case, calls were designed to be made via the iPod’s scroll wheel, effectively transforming it into something of a digital rotary dial. Fittingly, the device was known within Apple as the iPod Phone.

We started out by making an iPod phone. It was an iPod with a phone module inside it. It looked like an iPod, but it had a phone, and you would select numbers through the same interface and so on. But if you wanted to dial a number it was like using a rotary dial. It sucked. We knew three months in that it wasn’t going to work. Steve said, “Keep trying!” We tried everything. We tried for seven or eight months to get that thing to work. Couldn’t do it. We added more buttons and it just became this gangly thing.

Now here’s where things get interesting. According to Fadell, Apple at around this same time was toying with the idea of rolling out a touchscreen Mac. Eventually, Apple realized that it could implement the touchscreen technology it was exploring for use on the Mac on what would later be known as the iPhone.

Steve’s like, “Come over here!” I didn’t know about this at the time, but he showed me a ping-pong table that was the first multi-touch screen. It was a ping-pong-sized table. It had a projector of a Mac on top of it, and you could interact with it. He said, “We’re going to put that in an iPod!” “Steve, it’s the size of a ping-pong table!”

Famously, Steve Jobs himself said once explained that iPhone development actually began as a tablet project. Back in 2010, Jobs relayed the following tidbit while appearing with Walt Mossberg and Kara Swisher at an All Things D event.

“I’ll tell you. Actually. It started on a tablet first,” Jobs explained. “I had this idea about having a glass display, a multitouch display you could type on. I asked our people about it. And six months later they came back with this amazing display. And I gave it to one of our really brilliant UI guys. He then got inertial scrolling working and some other things, and I thought, ‘my god, we can build a phone with this’ and we put the tablet aside, and we went to work on the phone.”

And for those who can’t get enough of the history surrounding the development of the original iPhone, former Apple software engineer Greg Christie in 2014 provided the Wall Street Journal with the following photo depicting what early iPhone software testing looked like.

The photo caption reads, “This is a system Apple rigged together to run early prototypes of its iPhone software in 2006. It tethered a plastic touch-screen device – code-named “Wallaby” – to an outdated Mac to simulate the slower speeds of a phone hardware.”

VentureBeat’s interview with Fadell, which you can check out via the source link below, is well worth checking out in its entirety. From the early days of the iPhone to story behind the creation of Nest, Fadell always provides interesting insights sprinkled with fascinating historical anecdotes.