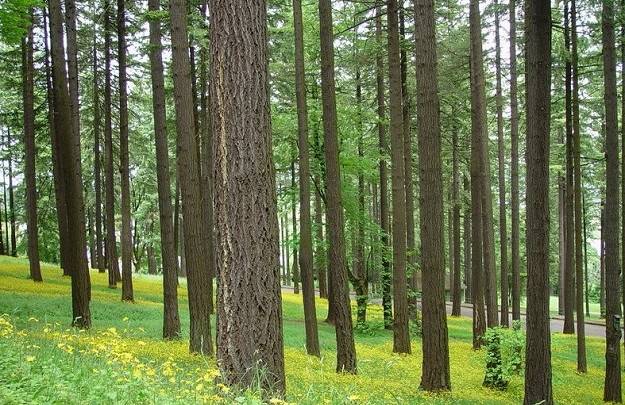 Together with The Conservation Fund, Apple on Thursday announced its plan to acquire upwards of 36,000 acres of forest land in the eastern United States, in Maine and North Carolina to be precise. The purpose behind the purchase is that so Apple can exert even further control over its paper supply chain, thus ensuring that the paper used in its packaging and marketing materials come from sustainably managed wood sources.

Don’t Miss: Apple just publicly acknowledged the mess it made with its Watch release date

In announcing Apple’s new partnership, Apple VP of Environmental Initiatives Lisa Jackson took to Medium where she and Larry Selzer of The Conversation Fund explained the impetus behind the partnership.

The Conservation Fund has developed an entirely new, private sector-based approach to conserving forests — raising corporate and charitable funds to purchase and manage these forestlands sustainably so they can thrive and continue fulfilling their vital role in the ecosystem while supplying business paper and packaging needs.

This partnership is mutually beneficial. Apple is quantifying the virgin paper footprint from its packaging. Apple is committed to zeroing out that impact by using paper more efficiently, increasing recycled paper content, sourcing paper sustainably, and conserving acreage of working forests around the world equivalent to its virgin paper footprint. The Conservation Fund is committed to identifying and conserving those acres in the U.S. Through conservation easements, they will ensure these lands remain forests in the future. This helps preserve the supply of raw materials for paper while providing permanent environmental protection and fighting climate change.

On a related note, Apple today also announced a new partnership with SunPower to build two new solar power projects in China with an expected completion date of late 2015.

These days, you’d be hard pressed to find a “greener” company in tech than Apple, which is quite a marked shift from the days when we seemingly couldn’t go 3 months without hearing Greenpeace complain about all of the things Apple wasn’t doing to keep its environmental footprint as small as possible.