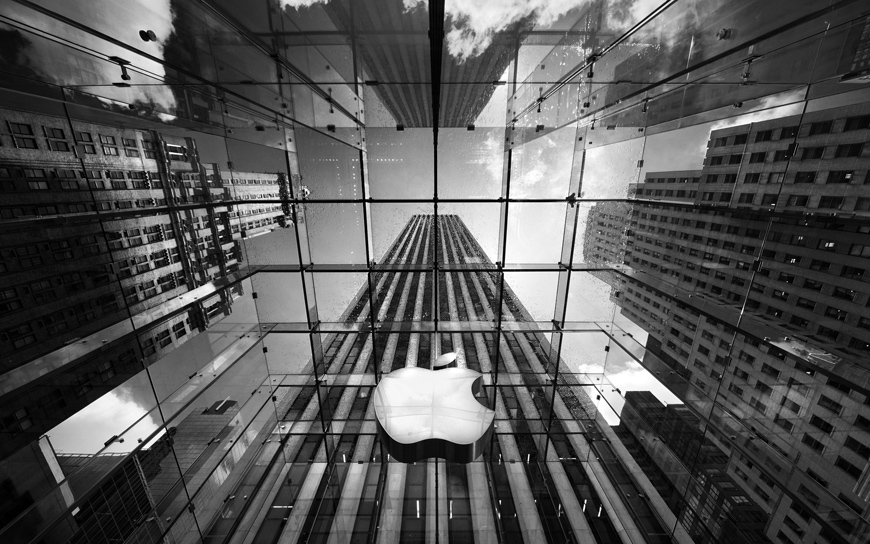 Apple’s earnings are always the most highly anticipated results of the season among technology companies, and this year’s September quarter is no different. The tail end of Apple’s fiscal fourth quarter caught the launch of the new iPhone 5s and iPhone 5c handsets and while they were only available for a total of eleven days in fiscal Q4, Wall Street is still expecting Apple’s results to get a nice boost from initial sales of the company’s new iPhones. Apple announced that it sold a record-smashing 9 million new iPhone 5s and iPhone 5c handsets through the devices’ first weekend of availability alone, and analysts have been raising their fourth-quarter estimates ever since. Heading into Apple’s report on Monday evening, consensus estimates were looking for Apple to post earnings of $7.93 per share on $36.8 billion in revenue, right near the top of Apple’s Q4 revenue guidance of between $34 billion and $37 billion. The numbers are now in and Apple crushed estimates, having managed a fiscal fourth-quarter profit of $8.26 per share on $37.5 billion in sales.

Apple’s September-quarter results certainly fall in line with the trend we’ve been seeing recently as the breakneck growth Apple has enjoyed in recent years continues to slow. In the year-ago quarter, Apple posted an $8.2 billion profit on revenue totaling $36 billion. Apple’s record profit in that quarter represented 24% year-over-year growth, and revenue was up 27% between the fiscal fourth quarters in 2012 and 2011.

The star of the show is always Apple’s iPhone lineup, of course, and analysts were expecting the company to sell 31 million units in the September quarter — though some estimates reached as high as 36 million units. Apple reported on Monday that actual FQ4 2013 iPhone sales totaled 33.8 million handsets, beating estimates and growing an impressive 26% over the September quarter in 2012.

Outside of the iPhone, analysts didn’t have tremendous expectations for Apple’s product lineup, particularly since most device lines had gone unrefreshed for so long. Consensus estimates were looking for Apple to move 14.5 million iPads in the September quarter and actual iPad sales came in at 14.1 million units. Apple sold 14 million iPads in the same quarter last year.

Apple said that Mac unit sales slid to 4.6 million units, down from 4.9 million in the year-ago quarter.

Wall Street was also looking for Apple’s gross margin to slide on-year from 40% in the fiscal fourth quarter last year to 37% in FQ4 2013 as cheaper iPhone models and Apple’s iPad mini continue to impact the company’s margins. Apple on Tuesday reported that its FQ4 2013 gross margin was in line with expectations at 37%.

Where Apple’s current quarter is concerned, analyst were looking for massive holiday-quarter revenue guidance with the consensus at $55.5 billion, and Apple said that it expects sales in fiscal Q1 2014 to total between $55 billion and $58 billion.

“We’re pleased to report a strong finish to an amazing year with record fourth quarter revenue, including sales of almost 34 million iPhones”

Apple’s Board of Directors has declared a cash dividend of $3.05 per share of the Company’s common stock. The dividend is payable on November 14, 2013, to shareholders of record as of the close of business on November 11, 2013.

“We’re pleased to report a strong finish to an amazing year with record fourth quarter revenue, including sales of almost 34 million iPhones,” said Tim Cook, Apple’s CEO. “We’re excited to go into the holidays with our new iPhone 5c and iPhone 5s, iOS 7, the new iPad mini with Retina Display and the incredibly thin and light iPad Air, new MacBook Pros, the radical new Mac Pro, OS X Mavericks and the next generation iWork and iLife apps for OS X and iOS.”

“We generated $9.9 billion in cash flow from operations and returned an additional $7.8 billion in cash to shareholders through dividends and share repurchases during the September quarter, bringing cumulative payments under our capital return program to $36 billion,” said Peter Oppenheimer, Apple’s CFO.