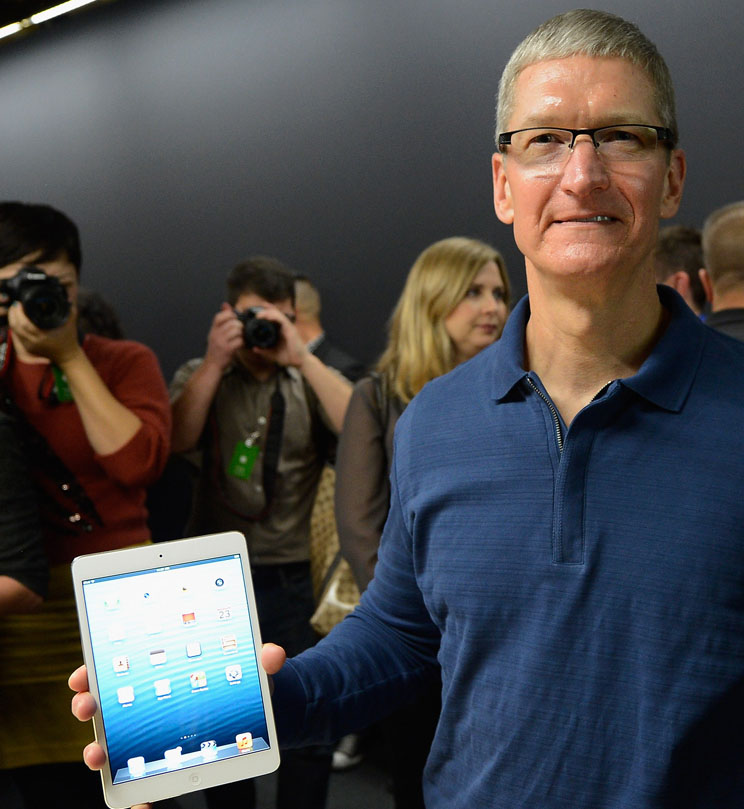 No, Apple (AAPL) CEO Tim Cook isn’t overly worried that smaller tablets, including his own company’s iPad mini, are cannibalizing sales of the traditional 9.7 -inch iPad. In fact, Cook says that he’s glad Apple has remained at the forefront of the tablet market and that lower overall tablet market share for the larger iPad is inevitable.

“If we don’t cannibalize it, someone else will,” Cook said of concerns that the iPad mini is eating into the traditional iPad’s sales.

And besides, Cook noted, the 9.7-inch iPad isn’t the device with the most to lose from the advent of 7-inch and 8-inch tablets since traditional PC sales stand to take an even bigger hit in the coming years.

“There’s a lot more of the PC market to cannibalize,” Cook said.