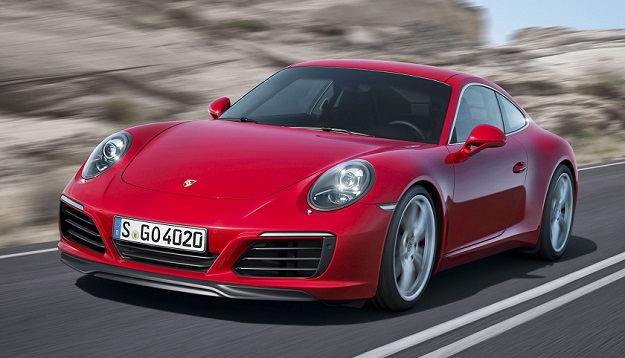 Pardon the pun, but Apple and Google are on something of a collision course in the car space. While Google has been refining and expanding upon its self driving car initiative for quite some time now, rumor has it that Apple is also looking to make a big play in the automotive space, perhaps as early as 2019.

Even today, Apple and Google are duking it out over the smart software that helps transform everyday automobiles into full fledged drivable computers. Apple of course has CarPlay while Google has its own competing Android Auto platform.

Over the past year or so, Apple and Google have been locked in an ongoing battle to secure as many partners for their own proprietary software as possible. While some car manufacturers have chosen not to pick sides in the interest of consumer choice, Porsche recently decided to go all-in with Apple’s CarPlay on its 2017 911 Carrera and 911 Carerra S.

According to a report published in Motor Trend, the German car manufacturer claims that Google’s Android Auto agreement demands that a whole slew of information be sent back to Google HQ, something that Porsche wasn’t entirely comfortable with.

As part of the agreement an automaker would have to enter with Google, certain pieces of data must be collected and mailed back to Mountain View, California. Stuff like vehicle speed, throttle position, coolant and oil temp, engine revs—basically Google wants a complete OBD2 dump whenever someone activates Android Auto. Not kosher, says Porsche. Obviously, this is “off the record,” but Porsche feels info like that is the secret sauce that makes its cars special. Moreover, giving such data to a multi-billion dollar corporation that’s actively building a car, well, that ain’t good, either.

In contrast, the report notes that Apple’s CarPlay demands no such information and only needs to know whether or not the car is in motion. At this point, it’s unclear if every Android Auto agreement requires that car manufacturers send back a full trove of data, but it’s certainly an issue to keep in mind for the more privacy-oriented folks out there.