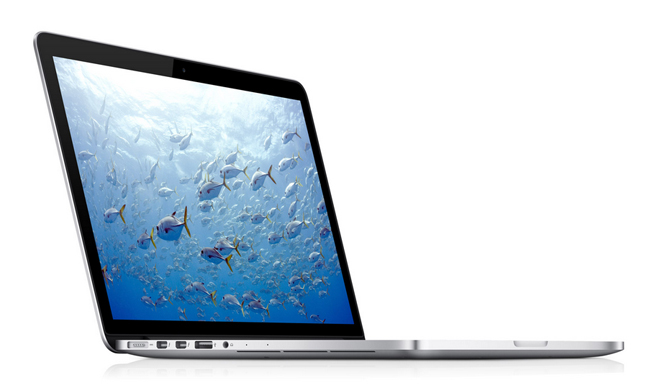 Internal guts include Intel (INTC) dual-core Core i5 or i7 Ivy Bridge processors, Intel HD Graphics 4000, 8GB of RAM, up to 768GB of SSD and a seven hour battery. The new Retina MBP also has stereo speakers that sound better, dual mics and a FaceTime 720p HD webcam.

The new MBP is available starting today starting at $1,699 for 128GB storage, 8GB RAM and 2.5GHz dual-core i5 processor.