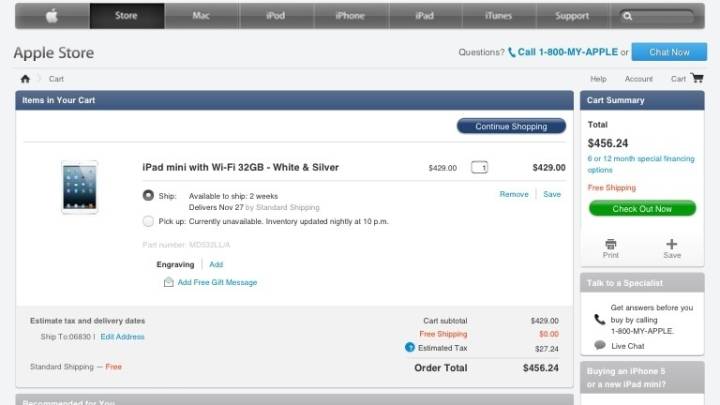 Apple’s iPad mini is currently out of stock at every Apple store location, but it looks like you’ll be able to buy one online and reserve it for next day pick up. Apple currently uses the same system to allow customers to purchase and reserve iPhone 5’s for the next day. After 10 p.m. on Apple’s online store, you can add an iPad mini to your cart, and look at store’s stock levels, and visit the next day to grab your iPad mini.