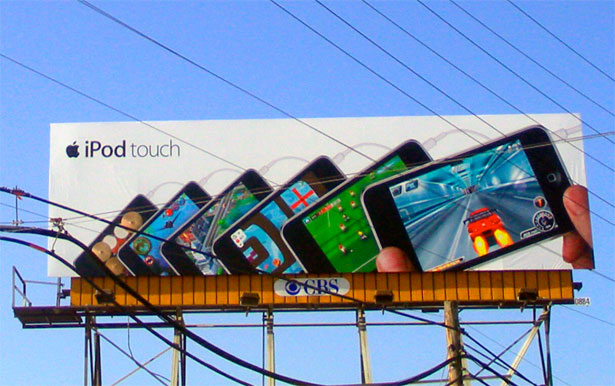 Before actor John “And I’m a PC” Hodgman turned the PC into a laughable dope, before dancing silhouettes convinced you to buy an iPod and before George Orwell’s novel came to life in a 60-second spot during the 1984 Super Bowl, Apple made posters.

The history of Apple’s advertising campaigns is almost as interesting as the history of the products it advertises. On Sunday, The Loop’s Dave Mark stumbled upon an article from 2009 on Web Designer Depot which contains an extensive collection of Apple’s ads, from Apple II posters to commercials for the iPhone 3G.

It’s a fascinating look back through the annals of electronics advertising. In the beginning, text was king. Posters would be covered text describing the product in detail, occasionally without even showing the product at all.

The focus began to shift to simplicity in the 1990s, perhaps most notably in Apple’s ‘Think Different’ campaign. No one needed to know every specification of the latest iMac — they just needed to see it:

The trend towards simplicity continued throughout the 2000s, as a personified Mac and PC argued against a white backdrop, enormous silhouettes holding iPods covered every billboard and Apple assured us that if we had a problem, there would be an app for that. Even today, Apple’s advertising continues to evolve, whether its pulling at our heartstrings or challenging us to go on a harrowing adventure.

To see all of these ads and more compiled in on spot, be sure to click the link in the source below.