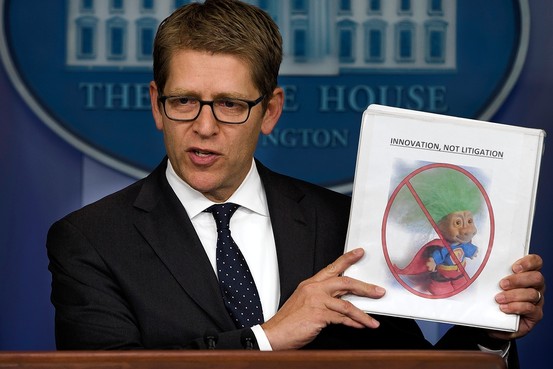 Remember how excited many in the tech world were when a bipartisan coalition of lawmakers unveiled new legislation that would curb the power of patent trolls? Well it doesn’t take long for good ideas to die in Washington and The Washington Post reports that a key part of the proposed legislation has already been cut due in large part to lobbying from tech giants Microsoft and IBM. Apparently the two companies were particularly upset by a provision that would have made it much easier to invalidate low-quality software patents and they succeeded in getting the House Judiciary Committee to scrap it from the reform bill.

“Patent trolls” is a slang term for patent-holding firms that produce no real products of their own but instead accumulate large patent portfolios that they then use to sue other companies for allegedly infringing upon their intellectual property. With patent suits increasingly clogging up the United States court system, regulatory bodies such as the International Trade Commission have tried taking steps in recent months to cut patent trolls’ ability to file suits within the U.S. Patent trolls are fighting back, however, and are investing in a big lobbying push to make sure lawmakers hear their side of the story.