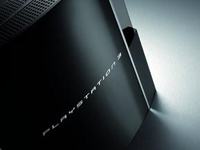 As 60GB PS3’s start to die off, speculation is abounding about the $499 price tag. Will Sony let it disappear? Will the 80GB version start sporting this price? Perhaps an “added value” bundle is in the works. Regardless of which Sony chooses (if any), the hot new rumor from simExchange is that they’ll make some kind of announcement at the Tokyo Game Show, which takes place later this month. Too bad none of these rumors address what gamers have been fighting for in the first place: more/better games, increased 3rd party support, and some kind of strategy to close the gap on the Xbox 360 and the “I can out-sell the PS3 three-to-one” Wii.