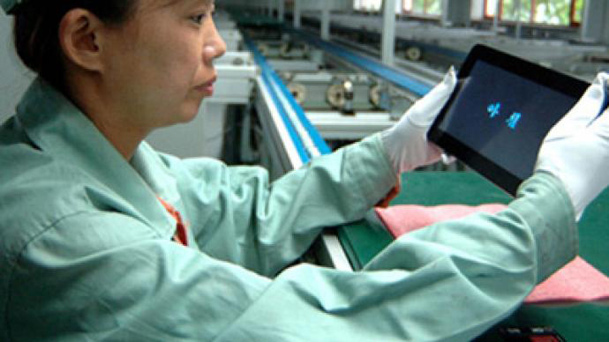 A new promotional video about a North Korean tablet called Achim went viral on YouTube on Tuesday, racking up a whopping 231 views by 8:00 p.m. The hottest gadget in Pyongyang weighs merely 300 grams and is receiving rave reviews from trendy youths. Achim features the Android OS and “many applications.” The slick promotional video was first noted by Northkoreatech.org, which is a strangely addictive site in a sad, geeky sort of way.

North Korea’s young dictator Kim Jong-Un may be as brutal as his father, but he shows some signs of trying to slap a fresh coat of paint on the Hermit Kingdom. Even as reports of widespread starvation in North Korea circulate, Kim has announced plans to create a “world-class ski resort,” while the number of mobile phone subscribers has been reported to top 2 million.

This new tablet program looks like another part of the ongoing, rather abnormal “normalization” process. The full promotional video follows below.