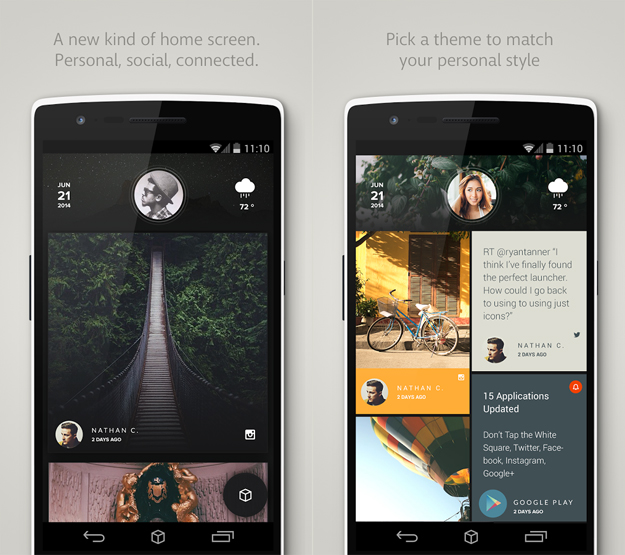 Imagine Flipboard was your home screen, but instead of just news, that gorgeous user interface was also packed with content from your favorite social networks and updated in real time. That’s the basic idea with Flow Home, and it could end up being one of the best launchers on the market.

For those unaware, Android launchers are apps that replace your standard home screen and other areas of the Android interface with customized screens that offer all sorts of different takes on what a home screen should be.

Some apps like Yahoo’s Aviate and Nokia’s Z Launcher offer faster and easier ways to access your most used apps. Other options like Nova and Apex simply add features to a more recognizable Android home screen layout.

Now, there’s a new app called Flow Home that basically merges elements from the beautiful user interface we all know and love in Flipboard with elements from HTC’s BlinkFeed. The app offers content from Twitter, Facebook, Instagram, Tumblr and Feedly in a sleek interface that is refreshed constantly.

Flow Home is free and is currently an invite-only beta, but as noted by Android Central, the developers behind the app regularly give away invites on their Twitter feed and on the app’s Google+ page.