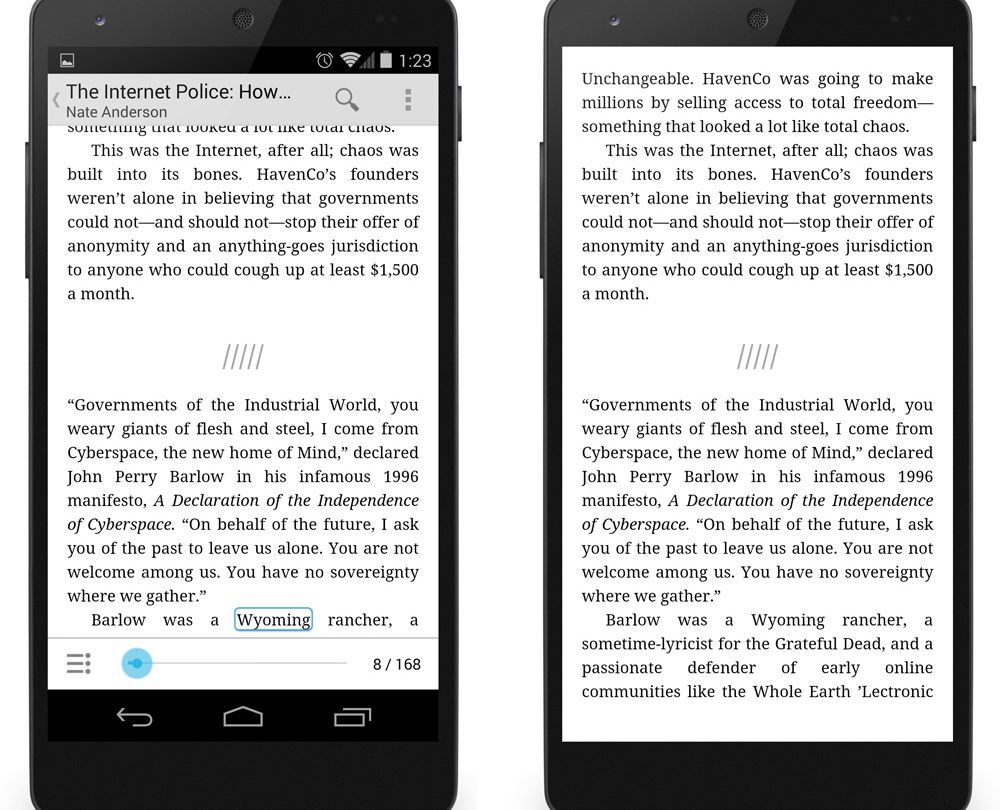 Android 4.4 KitKat introduced a number of great new optimizations and features. While only a small percentage of Android devices currently run the latest version of Google’s Android software, the number is growing every day. For those who do have access to KitKat, one of the coolest new features is immersive mode, which hides a device’s on-screen buttons and notification bar so that app content is given as much canvas as possible, with all distractions eliminated. Unfortunately, not all apps that might make great use of this new feature have it enabled.

As is often the case with Android, however, there are ways of tweaking your device so that any app can be used in immersive mode.

Right now there are a few ways to achieve this.

The first is using by a cheap application called Immersive Full-Screen Mode, which costs $1.37 on Google Play. The app works fairly well and requires no root access or other warranty-voiding workarounds, though it does include a pretty big limitation: Due to some security features in Android, users will not have access to the keyboard in many apps while in immersive mode.

This isn’t a big issue for eReaders and some other types of apps, but things like web browsers are basically rendered useless.

The second, more invasive and complicated option for forcing apps into immersive mode is to root your device and use the Xposed Framework to install a module called “Immerse Me.”

If that last sentence didn’t make any sense to you, disregarding this option entirely might be a good idea. If it did make sense and you want a step by step guide, there’s a good one on Phone Arena.

For another great trick that can be applied on any Android phone without the need to root it, be sure to check out our post on how to give your Android phone a huge speed boost, just like Apple sped up iOS 7.1.