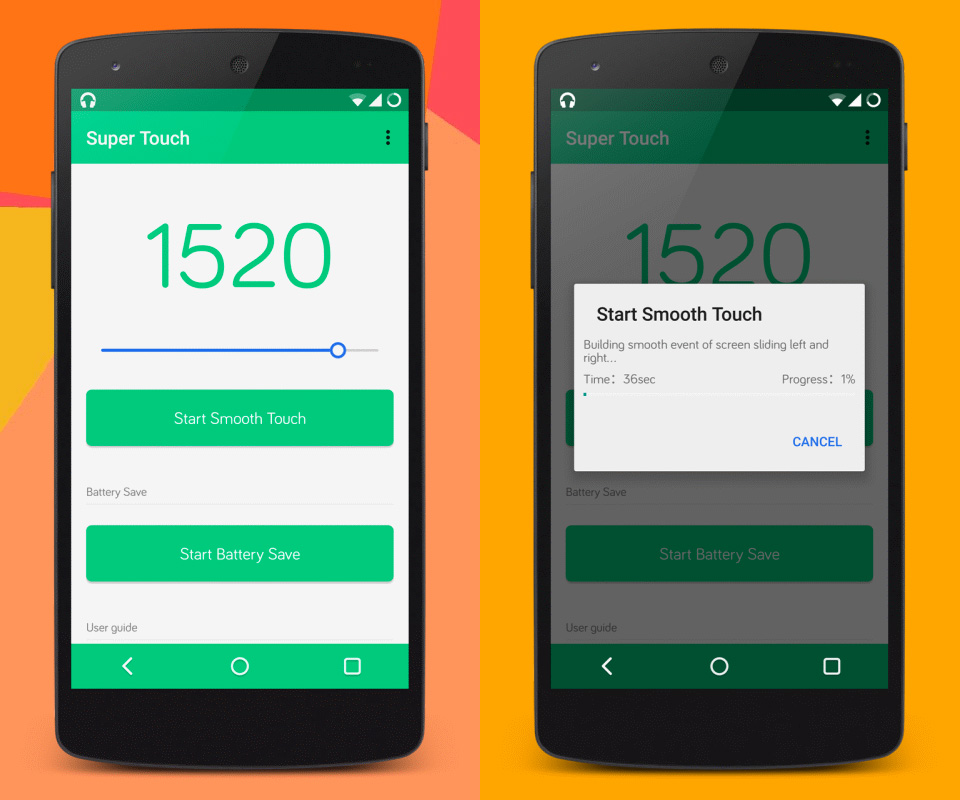 If you’re a hardcore gadget fan, you likely upgrade your smartphone once a year as new flagship phones come out. No, there’s nothing wrong with the phone you had been using, but all of those exciting new features are just too good to pass up. Most smartphone users don’t upgrade quite as often, however. Using the same phone for two, even three years is far more common than upgrading every year, and there’s certainly nothing wrong with that — smartphones can be an expensive habit.

Over time, however, phones start to slow down and get sluggish, just like any computer would. It’s frustrating for users and performance improvements offered by newer phones that launch each year compounds matters, but it turns out that there’s a new free Android app that can help your dusty old phone feel like a brand new flagship.

The free app is called Super Touch, and it needs no root access or anything complicated on the part of the user. All you need to do is slide the toggle in the app to fine-tune your phone’s responsiveness. Super Touch works by optimizing GPU performance, causing a phone’s graphics processor to work a bit harder than normal in order to render graphics faster. Of note, the app can have an impact on battery life, but it’s well worth it for the performance improvements you’ll enjoy.

If you want to give your phone a speed boost that doesn’t involve installing any new apps, check out our earlier post with the only trick you need to know.

Here’s the Super Touch’s full description from the Google Play store, and you’ll find a direct download link beneath it.

1. Magnificent screen sliding respond, easy sliding on screen and no longer delay.
2. Incredibly smooth on zooming web pages or images as well as any operations needing to zoom.

3. Sliding to all directions is unbelievably quick and smooth.

7. Much rapid on playing all sorts of games.

8. The first power-saving optimization app that does not affecting phones’ performance.

One of this App’s main functions is to allow Android devices sliding much quicker and smoother, which will solve the problem of slow drag.

Sliding, dragging and zooming are far smoother; content follows up your fingertip; switching columns is also a lot quicker.

There is also a very practical power-saving optimization function, which doesn’t sacrifice the performance of the phone.

2K or 4K resolution with Qualcomm GPU both can use level 9998.

The above information is only reference; please adjust to the most appropriate level for specific phones.
1. Higher the GPU ability is, the smoother it will be within a higher level, relatively, a high level with a poor GPU is less effective.

2. After launching touch optimization and being enabled, it can work without running in background (about 1 minute to take effect, depend on CPU’s performance)

3. Do not switch off auto start-up, every time rebooting system requires a auto optimization permission.

Advanced function is a smooth level of 300 – 9998, it can be open to use when a phone reaches the standard.

No Root permission needed for all functions.