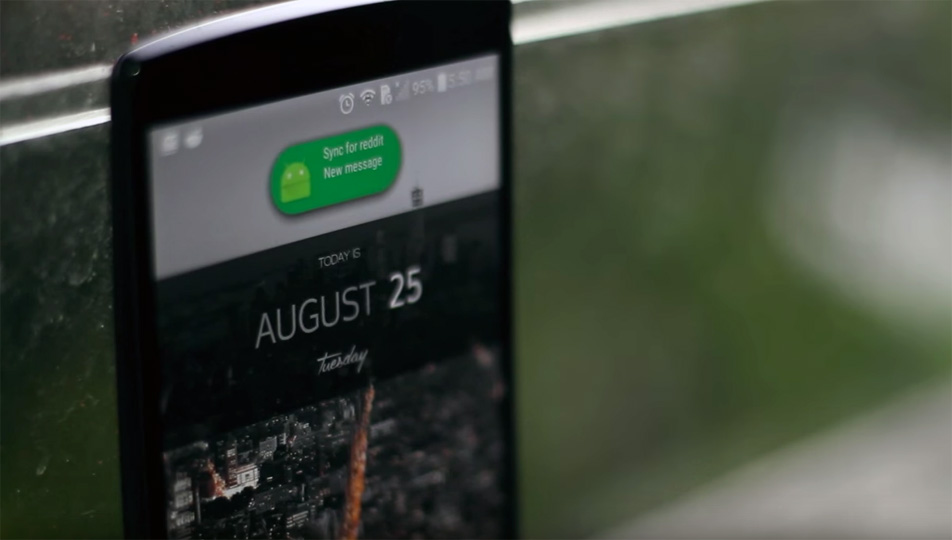 But as great as Android notifications are, there’s clearly room for improvement.

Regardless of how good something is in Android, there are always developers who will continue to work to make it even better. That’s the beauty of Android: Almost anything can be tweaked.

Such is the case with notifications. A new free app called “Notify Beta” by Android developer Skytek65 completely replaces Android’s stock notification system with a sleek new look that, if we may say so, is even better than the interface Google cooked up.

The look of the new notifications in Notify Beta is already a big improvement over stock Android notifications. Each new notification pops up a great animated bubble at the top of the screen, and the design really compliments Google’s new Material Design.

In terms of functionality though, this solution is still very much in beta. The graphics are great and the notification aspect is taken care of, but the developer is still working to make tapping a notification open the associated app. This is obviously a key feature, and the developer said he is hard at work on enabling it in a post on Reddit.

In the meantime, you can check Notify Beta out right now for free. Just click here to visit the app’s Play Store page and download it.

Here’s a video that shows Notify Beta in action: