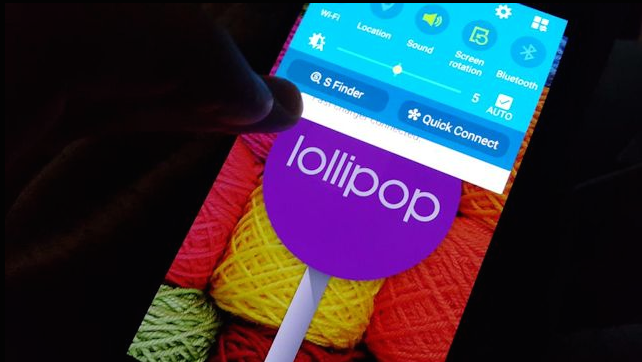 We all know there are good reasons why Android will never be rolled out as efficiently as the way Apple rolls out new versions of iOS. That said, surely the process can be better than it is right now… can’t it?

TechRepublic’s Jack Wallen recently published a righteous rant about the state of upgrading on Android devices that basically boils down to this: It’s been nearly half a year since Google released Android 5.0 Lollipop and none of his six Android devices have received the update.

This issue is particularly annoying with Android 5.0 because it’s been widely acclaimed as the biggest step forward for Android as a mobile platform since at least the original Android 4.1 Jelly Bean. The blame for this, of course, is largely on the OEMs and carriers who want to install their own unique software offerings (a.k.a., bloatware) onto each device. This gums up the process because they then have to test this software on the new platform releases to make sure it’s optimized for end users.

That said, Wallen thinks Google absolutely needs to start putting its foot down to take control of the process.

“The release of a platform upgrade should not be this difficult,” he writes. “The only major challenge should be the certification of hardware — and even that should be fairly black and white. A device is either suited for the release or not. But if carriers and OEMs retain all the power (as they currently do), this process will continue to be a nightmare and the majority of users won’t be getting Lollipop until Android 6.0 is on the horizon. When you purchase a flagship device and your platform is a major release behind, that reflects on everyone involved with the process. Google needs to take control of this and retool the Android upgrade process.”

Read his full proposal for simplifying the Android upgrade process by clicking here.