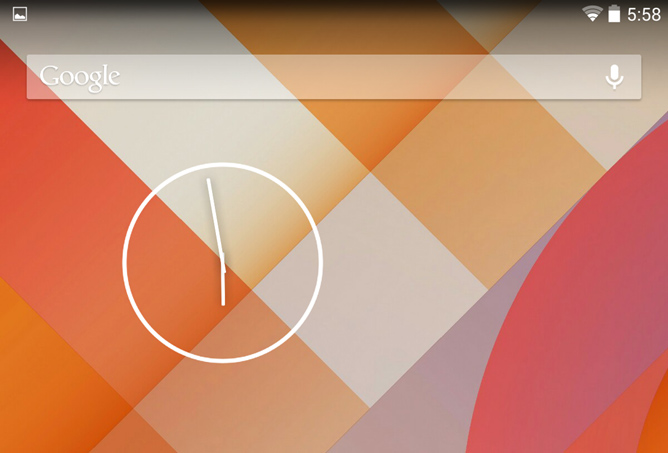 Apple introduced a major reimagining of its mobile software last year when it released iOS 7, and since then the trend in mobile has been “flat.” Several companies including Samsung and HTC have flattened their user interfaces a bit since then, and they have also turned to the use of brighter colors to accent apps, just as Apple did in iOS 7. Now, it looks like Google may be planning to follow suit and offer a slightly flatter take on Android in an upcoming major redesign.

A leaked screenshot that supposedly reveals an upcoming version of Android code-named “Moonshine” shows a completely overhauled set of app icons. The icons have been flattened slightly and also redesigned to more closely match the icons Google uses on the web for its various services.

Android Police says it received the leaked screenshot of an unreleased version of Android from “a source familiar with the new designs,” but the site also hedged a bit and noted that it isn’t entirely confident that the graphics pictured in the screenshot are final.

In addition to the home screen image, the site put together a graphic that shows eight of the new icons pictured alongside the corresponding current Android icons and Google’s web icons. That image can be seen below.

It is unclear if this new redesign will debut in Android 4.5 or in a later version of Google’s mobile platform.