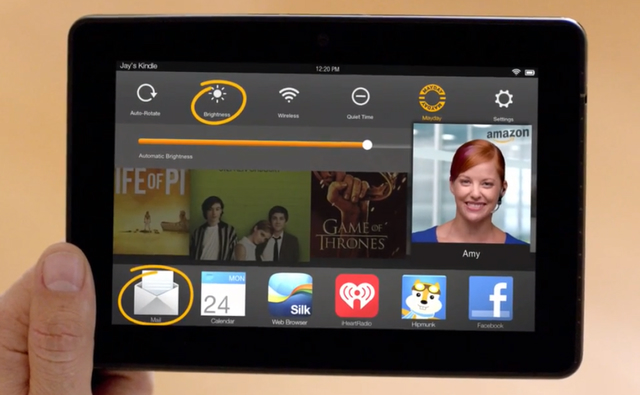 Amazon’s Mayday customer service feature introduced last year is one of the company’s inventions that was highlighted in Jeff Bezos’ recent letter to investors. The executive happily proclaimed that the service is a success, but in doing so, he also revealed some of the crazier things people contact Amazon customer care for with the company’s Mayday service.

“Nothing gives us more pleasure at Amazon than “reinventing normal” – creating inventions that customers love and resetting their expectations for what normal should be. Mayday reimagines and revolutionizes the idea of on-device tech support, Bezos wrote. “Tap the Mayday button, and an Amazon expert will appear on your Fire HDX and can co-pilot you through any feature by drawing on your screen, walking you through how to do something yourself, or doing it for you – whatever works best. Mayday is available 24×7, 365 days a year, and our response time goal is 15 seconds or less. We beat that goal – with an average response time of only 9 seconds on our busiest day, Christmas.”

While Bezos, in Amazon fashion, did not reveal any actual useful numbers about the service – such as how many Kindle Fire HDX were sold so far, or how many Mayday calls are received – the exec did share some stats investors wouldn’t really care about.

Bezos said that among the most “amusing” Maydays received, 35 were marriage proposals from customers, 475 were demands to speak to Amazon’s TV personality Amy, 109 were customers asking for assistance with ordering a pizza (Pizza Hut won that battle against Domino’s), 44 were instances where Amazon sang Happy Birthday to people, and customers serenaded Amazon workers with various songs 648 times.

Only 3 customers have asked for a bedtime story.