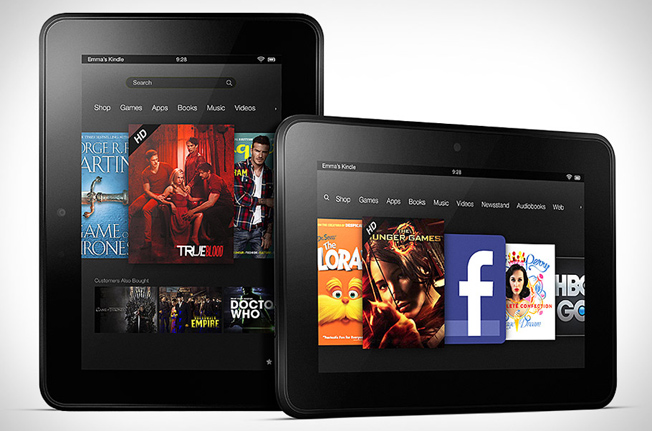 Amazon (AMZN) on Wednesday expanded availability of the Kindle Fire HD 8.9 tablet to the United Kingdom, Germany, France, Italy, Spain and Japan, while also announcing a price cut for both the Wi-Fi and 4G LTE versions of the slate in the United States. The Wi-Fi only version will be available for $269, down from $299 at launch, while the 4G LTE version will see a price drop of $100 to $399. The Kindle Fire HD 8.9 is equipped with an 8.9-inch 1920 × 1200 pixel resolution display, 1GB of RAM and a 1.5GHz dual-core TI OMAP4 processor. Amazon’s press release follows below.

“We’re thrilled with customer reaction to Kindle Fire HD 8.9”. Customers tell us they love our large-screen version of Kindle Fire HD for web browsing, email, gaming, watching TV shows, reading magazines, and more,” said Dave Limp, Vice President, Amazon Kindle. “As we expand Kindle Fire HD 8.9” to Europe and Japan, we’ve been able to increase our production volumes and decrease our costs. Across our business at Amazon, whenever we are able to create cost efficiencies like this, we want to pass the savings along to our customers.”

Kindle Fire HD 8.9” is the highest-resolution, largest-display Kindle Fire. Designed for entertainment, it is perfect for web, apps, movies, games and magazines. Features include: