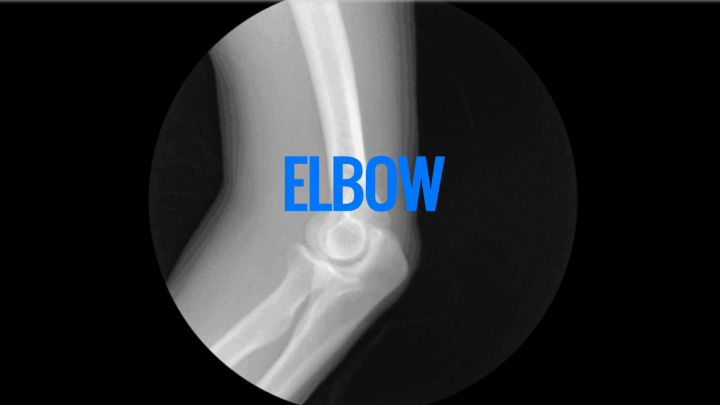 As doctors transition into the digital age, they are finding new ways to communicate with their patients. One project, commissioned by Dr. Noah Weiss, had designer Cameron Drake take raw X-ray video footage and create GIFs that the doctor could use on his website. If you visit Weiss Orthopaedics online, you will see a drop-down menu labeled “Hurt?” There are five different options: shoulder, elbow, wrist & hand, knee and foot & ankle. Each page contains an enormous X-ray GIF of the body part in motion.

Drake describes how he converted the video files on his blog:

“I started with a set of X-ray video footage. This video was captured by Dr. Weiss himself. This was an excitement in and of itself as there is not much like it on the web and gave me an opportunity to do something cool. I converted the raw files and imported the footage into Premiere.”

He created an overlay to hide patient information, trimmed the videos into short clips and then exported the sequence in a high quality file. He then imported the file into Photoshop, created a clean looping effect and exported them as GIFs. Watch a few of the GIFs below and then head to Dr. Weiss’ website to see them all in their completed form.