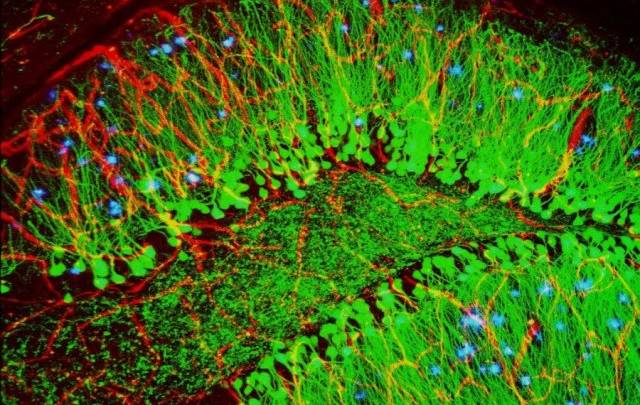 Researchers from the University of Queensland, Australia, have figured out how to treat mice suffering from a form of Alzheimer’s, Ars Technica reports. While it’s not clear yet whether the same findings can be applied to human trials, the results are certainly interesting and might lead to further improvements in treating the disease.

FROM EARLIER: Blowing off work email at night is good for your health

Essentially, Gerhard Leinenga and Jürgen Götz managed to use a simple existing technology to improve the condition of mice’s brains that were suffering from Alzheimer’s. The scientists used ultrasound to stimulate the mice’s brains after they were injected with tiny air bubbles in their blood streams.

This combination had a beneficial effect on the protein-rich plaques that form in the brain affected by Alzheimer’s and that eventually end up killing the nearby nervous cells, which destroys the individual’s short-term memory.

The scientists were able to remove these plaques and observed that mice that were treated this way saw plaques shrink by 50%. These test subjects then performed better in tests meant to asses the performance of their memory.

Apparently, using ultrasound to move the plaques also has a secondary effect: Albumin leaks back into the brain in the process, generating additional responses. Albumin has an affinity for plaques, and immune cells in the brain called microglia also get activated, clearing out the plaques. The researchers observed that microglia cells were activated and contained material found initially in plaques.

The authors are apparently confident the same treatment can be applied to humans in following clinical trials, although it’s too early to tell when such procedures will be allowed.

The full study is available in the Science Translational Medicine journal, at the source link.