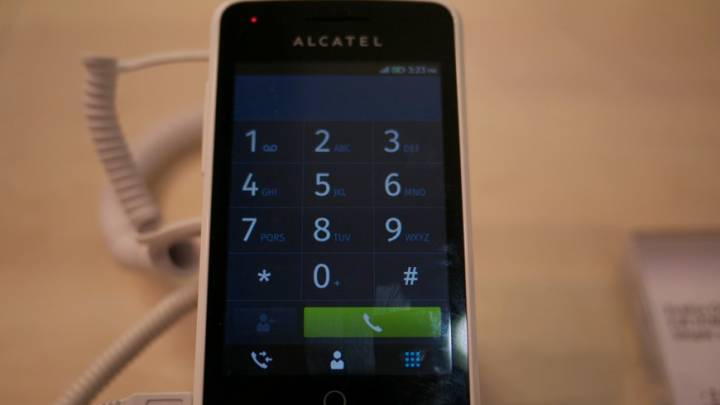 Another day, another Firefox OS-powered handset here at Mobile World Congress. We had the chance to take a hands-on look at Alcatel’s first Firefox phone on Tuesday and walked away with some distinctly tepid impressions. As a disclaimer, the software we played with was in beta, but Firefox and Alcatel are planning to launch these phones within months, so any performance enhancements they hope to achieve will have to be pushed out relatively quickly.

From a hardware perspective, there’s nothing wrong with the One Touch Fire. In fact, its soft-touch back, 3.5-inch capacitive touchscreen with 165 ppi, 3.2-megapixel camera and HSPA radio are nothing to scoff at in the budget phone market. Alcatel is clearly aiming for first-time smartphone users in developing regions with this phone, and as such it has a perfectly acceptable, possibly even above-average bit of hardware on its hands.

The problem, however, is in the software.

Firefox OS is slow, slow, slow. Swipes from screen to screen take forever to process. Apps frequently crash, a surprising fact given that they’re all HTML5-based, and the user experience is frustratingly bogged down by an OS that struggles to keep up with even the most deliberate user interactions. It’s aggravating to use, and calls to mind the experience of attempting to navigate Android 4.2 on an original Nexus S — except in this case, it’s the hardware that outclasses the software, not the other way around as in the case of the Nexus S.

There are some interesting software enhancements, including app search by keyword, allowing discovery without specific apps in mind. Carrier-based billing that gives customers without a credit card a viable way to purchase new content is also a nice touch. But neither of those things make up for the lackluster experience of actually using the device.

Needless to say, we are not sold on Firefox OS just yet. Perhaps future development will render the software a bit more user-friendly, but as we noted yesterday with the ZTE Open, Mozilla might not have the luxury of time with competitors like Nokia’s (NOK) Asha lineup and budget Android phones coming to market that are cheaper and more capable.