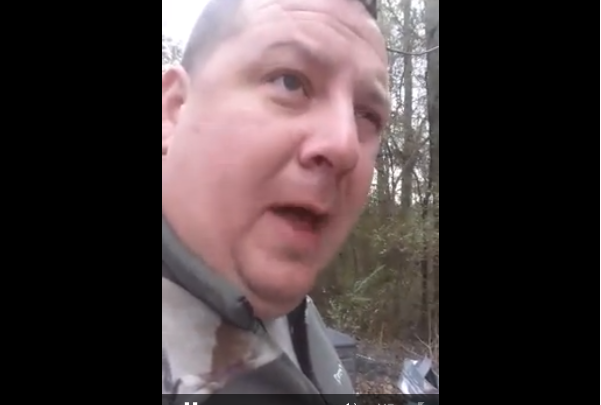 Gay marriage is legal in the state of Alabama and Alabama resident and self-described “Redneck News” reporter Jeremy Todd Addaway has decided to give us a tongue-in-cheek report on the ground about how this has completely changed his state. Unsurprisingly, Addaway found that practically nothing had changed in Alabama despite dire predictions that the state’s entire moral fabric would unwind if legalized gay marriage ever came to pass.

RELATED: This is why Tim Cook finally decided to come out as gay

Addaway starts by showing us a pile of brush in his backyard that he says hasn’t yet been defiled by homosexuals pledging their love to one another.

“This pile of brush is still here,” he explains. “And there are no homosexuals laying on top of it doing homosexual things.”

Addaway also finds that no homosexuals have invaded his work shed after gay marriage became legal, which leads him to conclude that “it looks like we’re pretty safe here” because there are no “plagues of homosexuals falling from the sky.” He did note, however, that he did “see two squirrels earlier who were kind of suspect” and vowed to keep an eye out for them.

Alabama, incidentally, is also the home state of Apple CEO Tim Cook, who last fall came out as gay and who has been a staunch supporter of gay rights in Alabama. In other words, we imagine he’ll get a kick out of Addaway’s report if he ever sees it.

Check out Addaway’s whole video below.