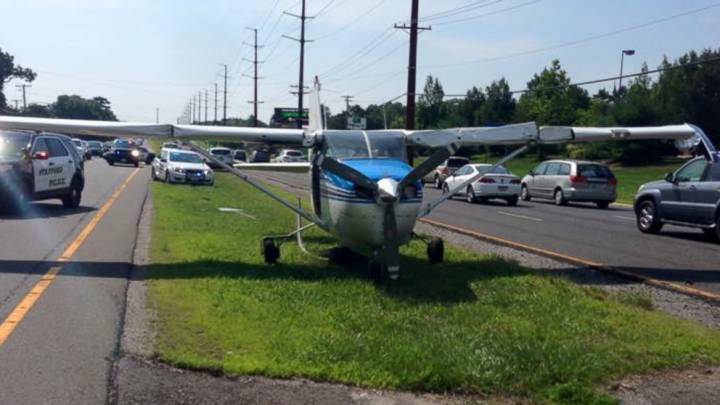 It’s not every day that you see an airplane land on the highway, but that’s exactly what happened over the weekend. The event has been caught on traffic cams, with Stafford Township police posting the video to Facebook where everyone can marvel at it.

It’s not clear why the single-engine plane ran out of power and had to land on the highway, but almost every passenger made it out without injuries. The plane was carrying five people, including students from a nearby skydiving school, 6ABC reports, with only the instructor sustaining a cut on his arm.

Not a single motorist on the highway was hurt during the emergency landing.

The incredible video showing the plane landing in the middle of traffic, as well as a picture and video posted on Twitter, follow below.