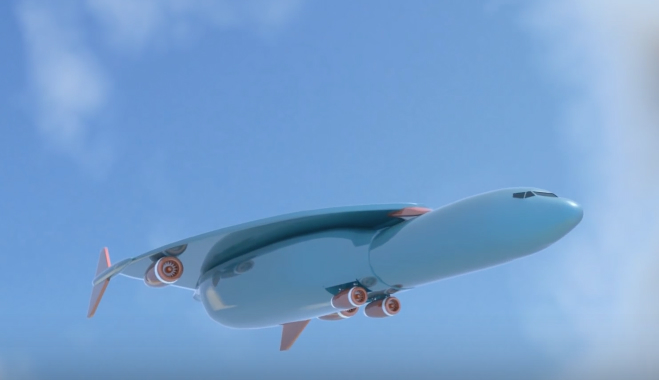 Travelers who regularly fly from the U.S. to Europe and back should be thrilled to hear that Airbus might be developing a brand new superfast jet that would make the journey from London to New York in just one hour.

That’s much faster than the Concorde jet that needed three and a half hours to travel the same distance. Meanwhile, regular commercial flights need seven to eight hours for the trip.

The new Airbus jet, described in a recently discovered patent application, would reach speeds as high as Mach 4.5, or four and a half times the speed of sound. Comparatively, the Concorde reached top speeds of Mach 2 in its glory days.

The same jet would need just three hours to travel from Paris to San Francisco or from Tokyo to Los Angeles, Business Insider notes.

The patent application says the airplane would use a variety of engines that would serve different purposes, and power would be provided by various forms of hydrogen stored aboard.

Two turbojets under the fuselage and a rocket motor in the rear would be used during takeoff. The Airbus would lift off the runway vertically like the Space Shuttle, and the turbojets would be shut down and retracted into the belly of the plane right before it reached the speed of sound.

The rocket motor would then be used to climb to a cruising altitude of more than 100,000 feet. At that point, the engine would be shut down and retracted into the fuselage, and the ramjets on the wings would push the Airbus to a top speed of Mach 4.5.

The bad news is that the hypersonic jet might be extremely expensive, assuming the company actually builds it. Airbus says the aircraft can be used for both military and commercial applications. In the latter version, the airplane would have enough room for just 20 passengers.

Check PatentYogi’s video for more details about this Airbus supersonic jet patent, and see the full patent application at the source link below.