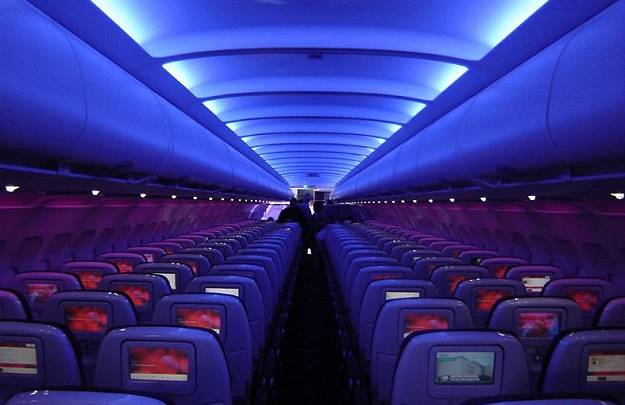 Unless you’re flying first class, air travel can often be exercise in frustration. From cramped seating to mediocre, if not questionable, food, travelling via coach often leaves passengers counting down the time until they land. Naturally, the frustration is compounded on longer flights where boredom and discomfort tend to join forces to create what often amounts to a miserable few hours.

Thankfully, some airliners are stepping up their game and are providing travelers in coach with amenities that were previously only enjoyed by those lucky enough to travel in first class.

To this point, Business Insider recently detailed a number of new initiatives airlines around the globe are implementing in an effort to make air travel a more comfortable and relaxed experience.

One of the cooler such examples comes via Air New Zealand which offers economy fliers a Skycouch option. As the name implies, Skycouch seating provides a flexible space that enables fliers to fully stretch out, relax, and even nap horizontally. As Air New Zealand itself notes, “it’ls like having your very own couch on the plane.”

Video of this cool contraption can be seen below.

Broadly speaking, one of the more exciting things airlines are doing to improve the flying experience is giving folks in coach something to do aside from reading Skymall. While Virtin America’s in-flight system has famously offered travelers Wi-Fi, in-flight movies and TV for some time now, other airlines are starting to get in on the action as well.

Singapore Airlines, for example, offers TV shows, “80 movies, hundreds of CDs and audio books, and language learning programs.” Even Delta Airlines on some of its shorter domestic flights now offers the option to watch satellite TV via DirecTV. If you’re on a 2.5 hour flight (not long enough for real amenities but not short enough to have the time fly by) watching TV really helps pass the time on an otherwise boring flight.

Make sure to head on over to Business Insider for the full list of what airlines are doing to keep their customers satisfied. From brighter cabins to more appetizing meals, it may not be long before the frustrations associated with traveling coach are vestiges of the past.