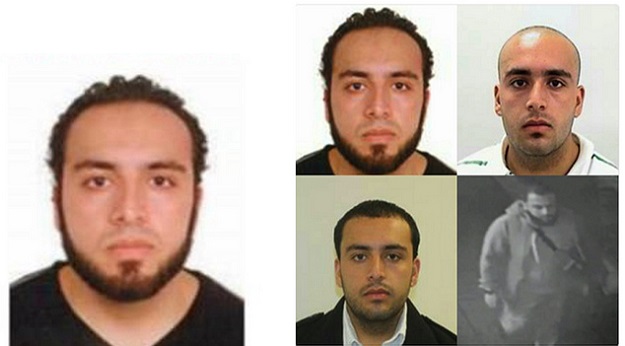 Ahmad Khan Rahami, the terror suspect accused of planting bombs across New York and New Jersey this past weekend, reportedly used eBay to source a number of components used in his explosive devices.

According to a complaint filed yesterday in New York City, Rahami didn’t even take serious measures to hide his identity during the planning stages of the attack. Using the user ID “ahmad rahimi,” Rahimi perused the popular online auction site to purchase items such as hundreds of ball bearings, electric igniters and other materials commonly associated with homemade explosive devices. On top of it all, all of the above items were delivered directly to Rahami’s former place of employ.

Ball bearings in particular are often used in terrorist bombing attacks because they wreak havoc and significantly increase the likelihood of injuries and fatalities. As the complaint reads, “ball bearings can be used in improvised explosives to increase fragmentation and thus to increase the lethality of the device.”

And while no one was killed in the attack, the complaint explains in precise detail that the bombs Rahami put together, while rudimentary, were nonetheless extremely powerful.

To this point, The New York Times reports:

The bomb in Manhattan’s Chelsea neighborhood on Saturday night was powerful enough to vault a heavy steel Dumpster more than 120 feet through the air, according to the complaint. Windows shattered 400 feet from where the explosion went off, and pieces of the bomb were recovered 650 feet away. Among the 31 victims — two more than first reported — one had to have multiple ball bearings removed from her body as well as bits of metal from an ear and wood shards from her neck, the complaint says.

In a statement provided to Gizmodo on the matter, eBay naturally deflected any responsibility while indicating that it’s dutifully working with law enforcement authorities on the matter. According to eBay, the items Rahimi purchased “are legal to buy and sell in the United States and are widely available at online and offline stores.”

“We’ve been proactively working with law enforcement authorities on their investigation,” the company added.