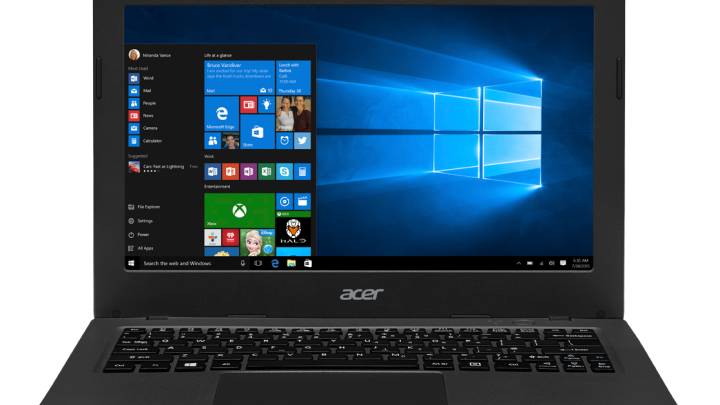 Not all the press surrounding Windows 10 has been positive, especially in regards to Microsoft’s tendency to watch everything you’re doing on your new operating system, but the software itself is an accomplishment.

I said as much in my first impressions piece, but if you haven’t had an opportunity to try out Windows 10 yet and you’re just dying to get your hands on it, Acer has a low-cost solution you might want to check out.

On Tuesday, Acer unveiled the Aspire One Cloudbook 11 and Cloudbook 14 laptops, two inexpensive devices that will both run Windows 10 out of the box. According to VentureBeat, both machines come equipped with an Intel Celeron N3050 Dual-Core processor, 2GB of DDR3L system memory and an 1366 x 768 resolution 16:9 LED backlit display.

If you’re interested in the Chromebook vibe but prefer Windows 10 to Chrome OS, look out for the launch of Acer’s new Cloudbooks in the coming weeks.