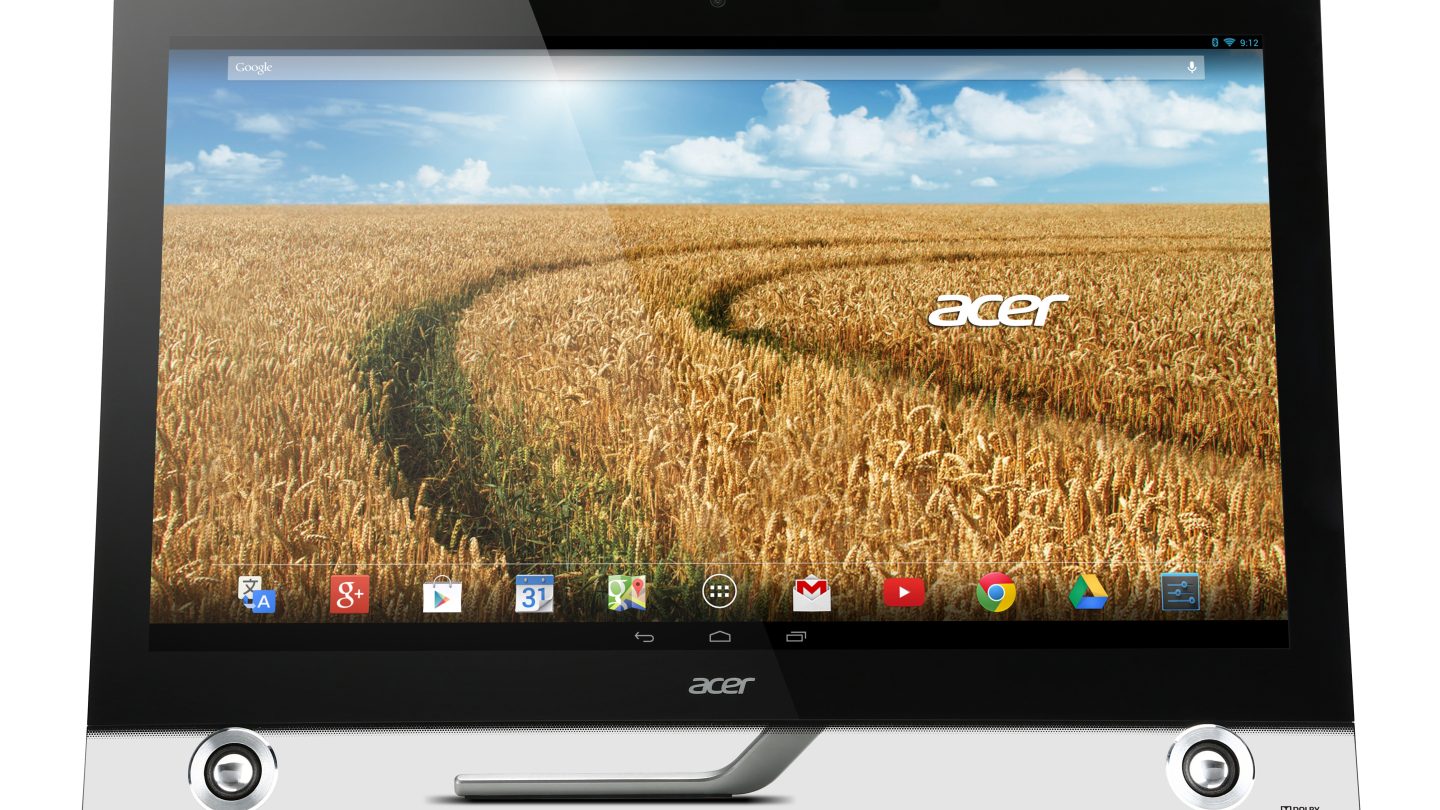 Although PC OEMs as a whole did poorly last year, Acer seems to have been hit harder than most. According to numbers released by IDC last fall, Acer saw its PC shipments decline by a stunning 34.5% year-over-year while the rest of the PC industry saw its shipments decline by a much more modest 7.6%. After the collapse of its Windows-based PC business, Acer is now trying to revive its fortunes by thinking outside the box… as in way, way, way outside the box.

Acer announced on Friday that it is launching the Acer TA272 HUL, an all-in-one desktop computer that features a 27-inch display with a resolution of 2560 x 1440 pixels, runs on Android 4.2 Jelly Bean and that costs $1,099. Other specs for the device include 16GB of storage, a USB 3.0 port, HDMI/DisplayPort out, and 802.11a/b/g/n WiFi connectivity.

What Acer is trying to do here seems puzzling to say the least. Anyone who wants a full desktop computer will probably want more than 16GB of storage while anyone who wants an Android tablet will likely want a model that’s easier to curl up with on the couch than Acer’s 27-inch behemoth. And then when you factor in the $1,099 price… well, good luck, Acer.

The Acer TA272 HUL brings stunning visuals to home entertainment.  It is equipped with a WQHD display with a 2560 x 1440 resolution that is four times sharper than HD, providing users incredibly crisp visuals for all their discerning entertainment needs.  In addition, it also offers wide-viewing angles without color difference and a high contrast ratio, ideal for sharing and collaborating with friends and family. Featuring a 10-point touchscreen, users are provided a convenient, intuitive experience for apps and widgets.

The Acer TA272 HUL possesses the necessary performance for smooth multitasking, daily computing, gaming and applications. The system comes fitted with an NVIDIA Tegra quad-core processor, 16G internal memory and dual-band 802.11 abgn wireless. Running Android OS 4.2 Jellybean, users can take advantage of millions of free apps and enjoy the Android experience afforded by mobile devices on a big screen.
The Acer TA272 HUL sports a premium design that incorporates a transparent base and asymmetric stand that makes the AIO appear it is floating and an edge-to-edge glass design for a seamless and minimalistic look.  The stand allows the frame to be easily positioned from 30 to 80 degrees tilt, allowing users to set the most comfortable viewing angles.  The Acer TA272 HUL is also outfitted with two front-facing Dolby surround sound speakers for superb audio and a 2MP webcam.

Excellent connectivity is afforded including a USB 3.0 port for attaching game controllers and other peripherals. HDMI and DisplayPort permit the display to be used as an external monitor for other devices, and Windows 8 certification permits smooth touch control when theAcer TA272 HUL is used to project devices with Windows OS as well.

Acer PCs can be seamlessly integrated for accessing data anytime, anywhere through Build Your Own Cloud (BYOC™) (1). It enables users to build their own cloud on their devices, such as music, photos and other types of clouds. These self-built clouds, based on an Acer Open Platform, are reliable, more secure, easy to use and provide users convenient access to their information and content anytime, anywhere.

The Acer TA272 HUL all-in-one is already shipping worldwide with a manufacturer’s suggested retail price of US$1,099. For details about availability, product specifications and prices in specific markets, please contact your nearest Acer office or retailer or see www.acer.com.