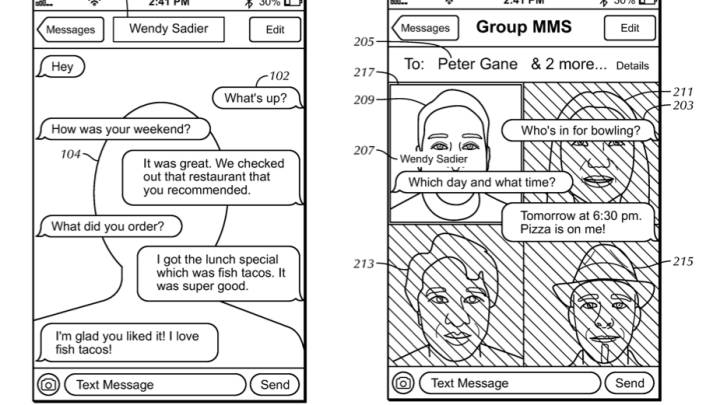 One of the problems with Apple’s popular iMessage instant messaging/SMS system – other than being almost impossible to ditch in some cases – is the fact that users who text a lot with many other people using it may often send misdirected, and sometimes embarrassing, messages to other users or groups than they’d intended. Apple is apparently aware this may be a problem to some users, and has figured out a way to make it go away, AppleInsider reports.

A patent awarded on Thursday to the company – titled “Generation of a user interface based on contacts,” – describes a simple way Apple can fix this issue. The company could include a photo of the contact involved in the chat in the background of the conversation, thus offering a clear visual element that would remind users at all times whom they’re chatting with.

In case more than one person is part of the conversation, more images would appear on the screen, behind the text messages, and the system would be able to visually identify the person who last responded. The system could be used with other application on top of iMessages, including email, and Apple could make the API available to other applications.

The current iMessage interface already lists the name of the contact or contacts part of the chat right on top of the actual chat, however that’s apparently not enough for some users to avoid messaging accidents.