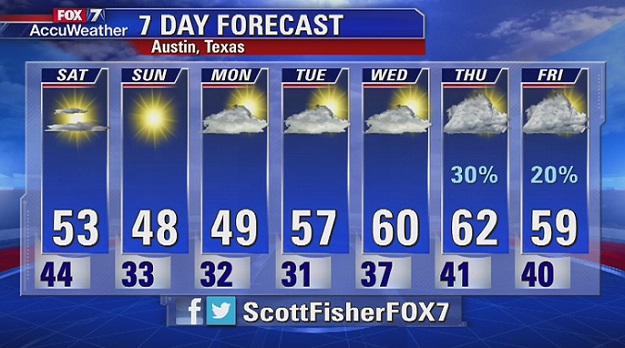 Even though some litigious folks have tried over the years, you can’t sue a weatherman for giving you the wrong information. Did you end up getting soaked because the weather report said it was going to be 75 and sunny this weekend when in reality a mini-monsoon landed on your front door? Well, you’re out of luck on multiple fronts.

The fact of the matter is that weather reports provide no real guarantee as to anything weather related. They are, in very pure sense, mere predictions. And sure, modern-day computing has perhaps improved the accuracy of weather reports, but it’s important to remember that weather reports still remain nothing more than educated guesses. As it stands today, we’re currently at a point where the weather can be reasonably, kinda sorta, predicted about 10 days out into the future.

DON’T MISS: The only way to get Google’s awesome new app that lets you control your phone by voice

That being the case, meteorologists are none too thrilled with the fact that a company called AccuWeather has begun issuing 90-day weather forecasts. ArsTechnica points us to a blogpost from Dan Satterfield who calls Accuweather’s 90-day forecasts “indefensible.”

Forecasts of this type beyond 7-10 days (at the most) are simply not possible. If someone tells you otherwise, they’re wrong, because we are in the realm of palm reading and horoscopes here, not science. I agree completely with Jason Samenow from the the Capital Weather Gang at the Washington Post “[AccuWeather] is simply peddling a useless product to people who don’t know better”. These forecasts are actually even worse than the Farmer’s Almanac, since they give rain chances and temperatures for exact points months into the future!

An excerpt of the interview reads:

SIEGEL: Weather forecasts have gotten better over time, but, personally, I wouldn’t be at all surprised if next Monday’s forecast didn’t hold, never mind the forecast for a Monday 90 days from now. Is this 90-day forecast – is it a best guess based on historical data or do you really have tools that allow you to see that far into the future?

MYERS: Well, I would bet on the forecast for next Monday if it’s the AccuWeather forecast. All of our forecasts are based on the latest science. We bring more weather data and model data into AccuWeather’s headquarters in State College, Pa. than any other place on the planet, and it’s how we mix these various models and all the other data we have and – with 100 plus meteorologists – how we put together the forecast.

SIEGEL: But I’ve heard from meteorologists that predictions are really reliable, say, up to seven to 10 days. After that, the element of luck increases. Do you disagree with that?

MYERS: Well, no, the forecasts – all forecasts have and always will deteriorate with time. The point of the matter is this, people want information, and they want information that is worthwhile. If we didn’t have the statistics to show that the forecast – and here’s the measure of what the value is – it’s got to be more accurate statistically than you can come up with by using past normals and whatever climatology that you have, and it does.

I’m no weather expert, but seeing as how weather reports even 5-7 days out seem to be hit or miss, I’m inclined to believe that a 90-day weather forecast is not something you should put a lot of faith in.