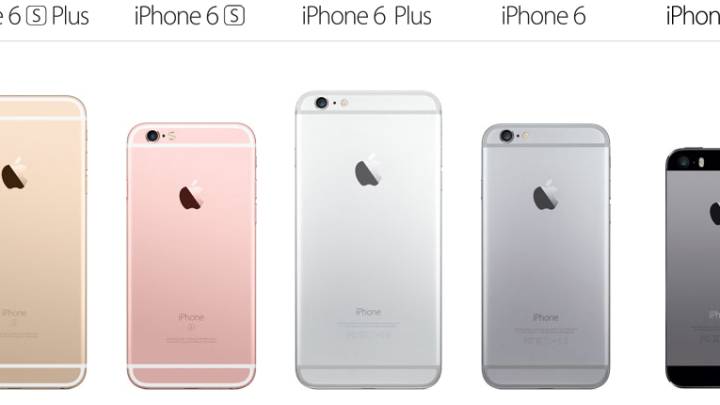 Apple’s new iPhone 6s and iPhone 6s Plus aren’t significantly more expensive to make than their predecessors, new research shows, which might further explain why Apple decided not to sell a 32GB iPhone 6s this year as the cheapest option.

A 64GB iPhone 6s, which is likely going to be the most popular new iPhone Apple will sell in this product cycle, is estimated to cost Apple $234 to make, not counting manufacturing and distribution costs. That’s a little over $28 more compared to the iPhone 6, according to research coming from Bank of America Merrill Lynch seen by Business Insider.

Components like the screen, camera and battery add to $73, while other parts including the case amount to $33.

The bulk of that estimative cost goes to semiconductor parts that total $127.20, as seen in the graph below. The new A9 chip costs $25, cellular radios cost $36, while other sensors are priced at $22.

One interesting semiconductor part you’re no doubt interested in is the memory. The 64GB module of flash in the iPhone 6s costs $20, significantly less than the $100 of extra cash Apple is charging buyers who aren’t happy with the basic 16GB option – the 64GB iPhone 6s costs $749 unlocked in the USA.

This particular detail, even if not official, further proves why Apple’s decision not to offer a 32GB new iPhone version as the cheapest model is genius. The company will pocket a nice profit from 64GB iPhone 6s and iPhone 6s Plus purchases, just like with the previous generation, which should keep the average sales price for the iPhone at high levels. Check out this post to learn more details about the theoretical math behind Apple’s decision to stick it out with 16GB iPhones.

The fact that Apple is making up to $80 in profit from memory alone isn’t entirely bad news for the consumer. The 64GB tier is actually more affordable to buyers than it was when the iPhone 5s launched two years ago when a 64GB model would cost $200 more than the base 16GB version. Buyers looking to spend $200 extra now get 128GB of storage instead of 64GB, which is likely similarly profitable for Apple.

Finally, Apple slashed iCloud storage prices, with cheaper options supposed to be available to buyers once iOS 9 rolls out.