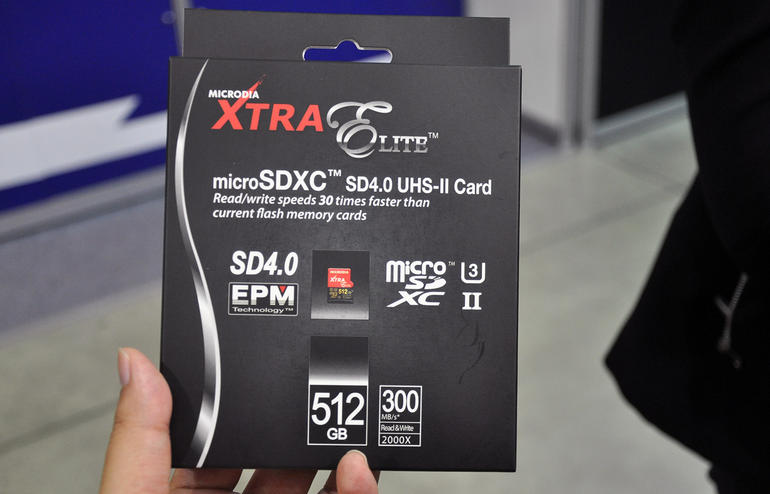 Many Android fans love phones that come with microSD slots that allow them to significantly expand the internal storage of a device, even though certain smartphone makers aren’t willing to support them any longer. And many of those fans will be happy to hear that someone made a 512GB microSD card, though it’ll cost them a pretty penny.

Discovered by CNET at Computex, Microdia’s Xtra Elite 512GB microSD offers more than twice storage than the SanDisk 200GB microSD card unveiled at MWC a few months ago. But the card is also very pricy.

Priced at around $1,000, the Xtra Elite will be more expensive than the Galaxy S6 edge, which is one of this year’s flagship devices that doesn’t play well with microSD cards. The card will be available for purchase in July, but users looking to buy a smaller versions will find a 64GB model in stores that will sell for around $15.

Microdia says the card will likely appeal to professional photographers who appreciate fast data transfers (up to 300Mbps), but regular Android fans might also be interested in it, especially considering Google’s newfound love for microSD memory.