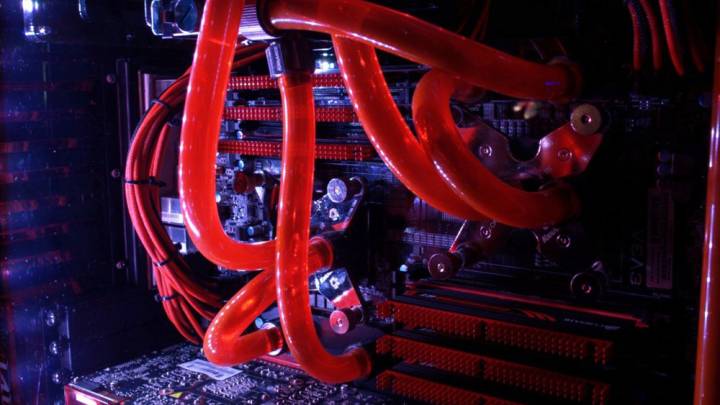 Anyone who knows anything about PC gaming knows that there is often a steep price to pay in order to be anywhere near the cutting edge when it comes to the specs of your gaming rig. Gaming PCs are nothing like the Xbox One and PlayStation 4, nor are they anything like the cheap laptops and desktops advertised by PC vendors — they’re in a completely different league and the cost of building a box with the latest and greatest technology can easily reach into the thousands in the blink of an eye. Add in the emerging need to support and view 4K resolution content to be at the bleeding edge and you’ve got a pricey proposition on your hands. But following this year’s International Consumer Electronics Show, 4K monitors can now be had for somewhat reasonable prices and as one gaming industry watcher revealed recently, a monster 4K gaming machine can now be built for less money than ever before.

“If you approached me toward the end of 2013 and suggested I could build a 4K gaming PC for about $2500, I would have erupted into laughter,” Forbes contributor Jason Evangelho wrote in a recent column. “But in this post-CES 2014 world, what once seemed impossibly expensive is now approaching the realm of affordability. Not only does this system clock in at about $2500, it also features a 28″ Ultra HD monitor, SSD, fully modular 1000W power supply, and Windows 8.1.”

Evangelho went on to detail the box, which at $2,500 is described as an “entry-level 4K gaming PC, with room for expansion.” In other words, you can absolutely throw more money at the build he created to squeeze more performance out of it, but $2,500 will get you a very capable box with a 4K monitor, SSD and Windows software all included.

Check out Evangelho’s post, which is linked below in our source section, for details on the build and all of the components he chose.