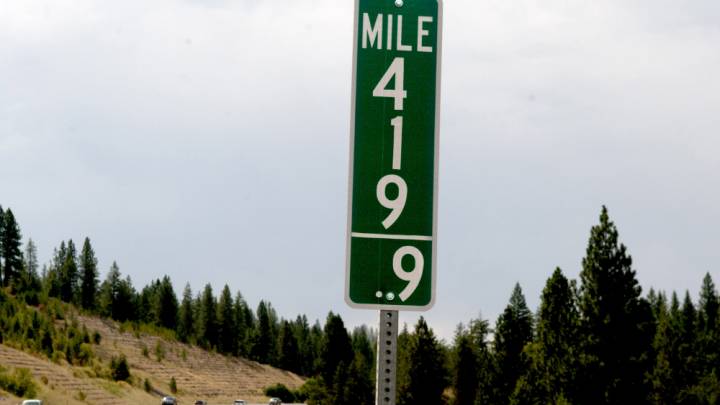 Interstate 420-mile markers are apparently such popular trophies among stoners that some states have decided to take a unique and unexpected measure to stop the theft of these signs. Rather than replace the mileposts as soon as they’re stolen, Idaho decided to take a different course of action that might be more efficient. Enter the 419.9-mile mark seen in the image above!

That’s right, Idaho decided to replace mile marker 420 with a 419.9 one, StarTribune reports. And the state isn’t alone, as Washington and Colorado also took similar measures in the past.

The number is popular with stoners, as it’s often associated with marijuana consumption. That’s why the sight of a 420-mile road sign might be enough to convince some passers-by to attempt stealing it.

Not all states have the problem, regardless of marijuana consumption laws, as not all of them have highways of more than 420 miles. However, Colorado and Washington have relaxed marijuana laws in recent years, which might explain the increased popularity of such road signs. Oregon has also eased marijuana laws, but it’s not a large enough state to have highways that can reach the mile marker.

“Having a sign removed from a highway is pretty rare,” Idaho Transportation Department’s Adam Rush told the news site. “In Idaho, people will shoot at them or write on them before stealing them completely. We spend more time mending signs than replacing them.”