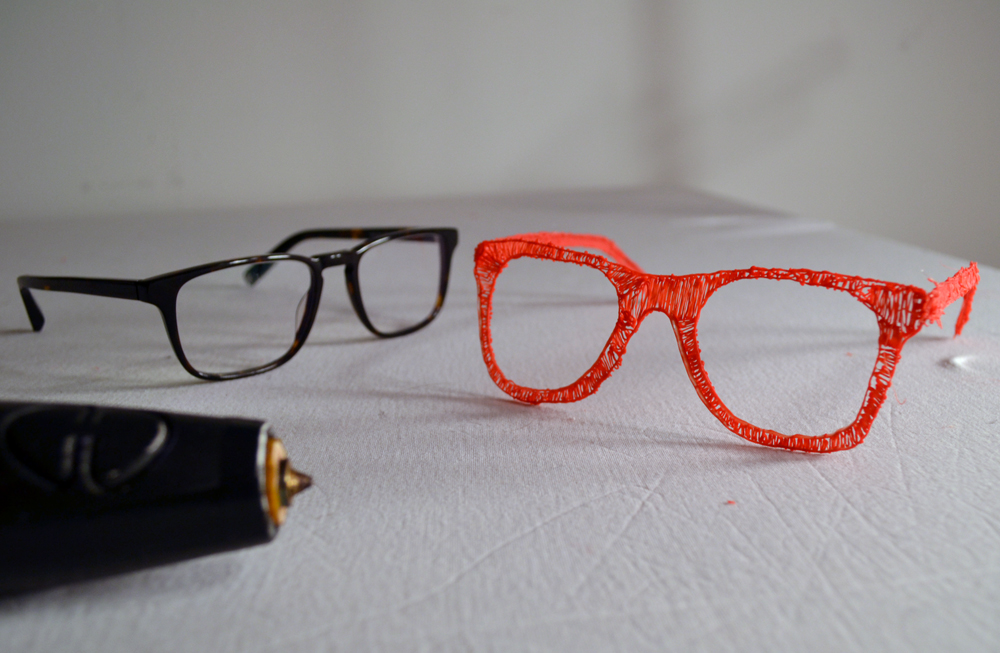 3D printing has been a huge deal for businesses for some time now, but consumers are just  beginning to get a taste of this amazing new technology thanks to a new wave of more affordable devices. MakerBot announced a very cool new consumer-grade 3D printer during this year’s International Consumer Electronics Show, but it still costs $1,375, which means it’s probably only a good buy for people with a real need for 3D model printing. But those looking to simply dabble with the exciting emerging tech will soon have a nearby option in the form of WobbleWorks’ 3Doodler.

WobbleWorks on Tuesday announced the upcoming wider availability of its critically acclaimed $99 handheld 3D printer, which allows users to draw 3D objects in the air by hand. The 3Doodler, which debuted last year following a massive crowdfunding campaign on Kickstarter, will soon be available for purchase in Brookstone stores and the MoMA Store. It will also be available online from both retailers, as well as from ThinkGeek.

The device will begin reaching online retailers’ virtual shelves by the end of January. WobbleWorks’ full press release follows below along with a video showing the 3Doodler in action.

http://www.the3doodler.com/ 3Doodler, the world’s first 3D drawing pen, is announcing their worldwide plans to retail in 2014 as well as launching a range of exciting accessories at CES.

3Doodler are attending their first ever CES this January, with the announcement that the pen will be available across the US at Brookstone’s retail stores, as well as online with quirky gift websiteThinkGeek, the MoMA Store, and Maker Shed. Many more exciting retail partnerships will be named shortly, meaning that hobbyists, artists, designers and engineers from across the globe will now have easier access to 3Doodler. 3Doodler’s official launch partner for design, The Museum of Modern Art (MoMA) Store, firmly marks the pen as the must-have tool for artists and designers.

“3Doodler allows people to create amazing 3D objects without the restrictions of complicated software, limited only by their imagination” said Max Bogue, Co-Founder and CEO of WobbleWorks: “We wanted to create something that didn’t require technical knowledge or expensive hardware. We’re very excited to say that you can expect to see 3Doodlers across the globe, from the USA to Europe, Australia and Asia, before the summer, making 3D creation more accessible to the average person than ever before.”

CES also marks the launch of an exciting range of 3Doodler accessories. The first is a holder for the pen, which makes storing the 3Doodler in between Doodling easier, while also doubling as a moveable platform to allow you to create larger structures with far less hassle. 3Doodler will also be launching the first in a series of changeable nozzles, allowing users to extrude plastic in different shapes and sizes; as well as DoodleBlocks™; silicon molds that can be easily “filled in” with the ABS or PLA plastic from the pen. The molds come in various shapes including stars, numbers, and letters, making it effortless to create perfectly shaped objects.

Daniel Cowen, Co-Founder explains: “The 3Doodler accessories, as well as the 100s of stencils now available on the 3Doodler website, are an integral part of building our community. 3Doodler continues to spark imaginations, as people find new ways of using the pen to create amazing things. We hope these new accessories give rise to even more innovation. It’s a great start to the year – we’ve gone from being an unknown startup to shipping more than 25,000 pens, launching a series of add-ons to the 3Doodler, and retailing worldwide. Watch this space for exciting new partnerships.”