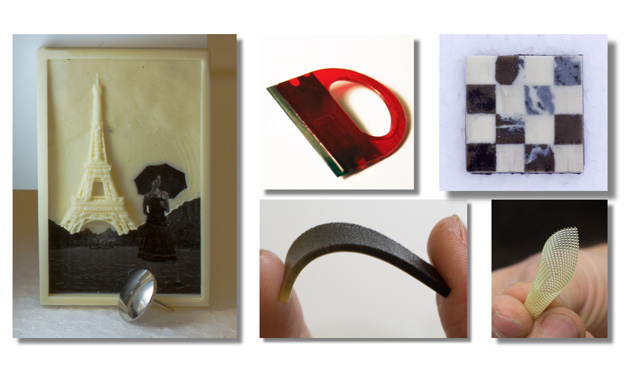 While the technology has certainly generated plenty of buzz over the past few years, 3D printing is still quite a young space. Advancements in 3D printing are coming hot and heavy — just think about how affordable this technology is now, for example. Nearly anyone with a need for a 3D printer can now purchase one for just a few hundred dollars.

But affordability is hardly the only area where huge advancements are being made in 3D printing.

A group of engineers at the Massachusetts Institute of Technology have created a prototype of what may quite literally end up being a game changer for 3D printing.

“Multimaterial printing” is the term for a process whereby a 3D printer creates objects out of more than one material at a time. The most common use case involves colors — a printer might build 3D objects in two or three different colors at once, rather than forcing the user to create different colored piece separately and then assemble them.

Now, researchers at MIT’s Computer Science and Artificial Intelligence Laboratory have created a 3D printer with multimaterial support that can print with 10 different materials at once. Most interesting, perhaps, is the fact that the printer supports not just different colors, but also different plastics and metals.

So, with this new printer, users may be able to print fully assembled objects made of several different materials. But wait… it gets even better.

The team from MIT has managed to build machine vision into its new printer. Using this technology, the 3D printer can correct printing errors on its own, with no input needed from its operators. It can also scan objects that already exist and 3D print directly onto them or around them. For example, it can print circuit boards directly onto an object.

Or, as an extremely basic example, imaging placing your smartphone in the device and having it 3D print a protective case around it.

More information on the project, which is being spearheaded by MIT engineers Pitchaya Sitthi-Amorn, Javier E. Ramos, Yuwang Wang, Joyce Kwan, Justin Lan, Wenshou Wang and Wojciech Matusik, can be found by following the link below in our source section.