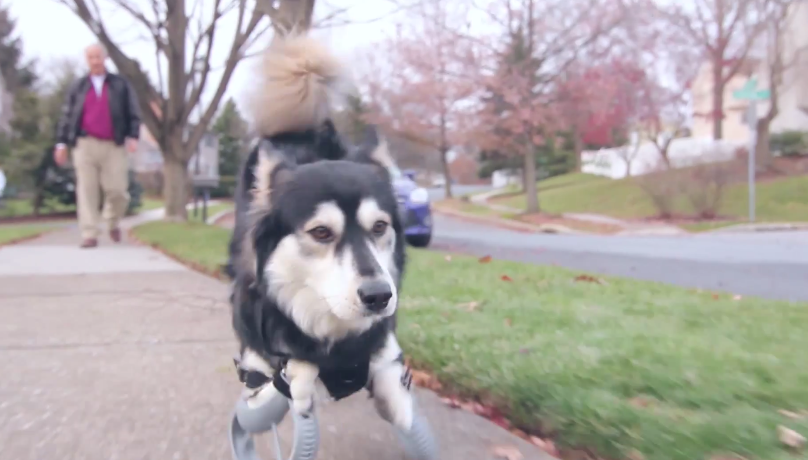 3D printers may not be an everyday household item just yet but there’s no doubt that 3D printing technology is leading to some incredible technological breakthroughs. If you want evidence, look no further than a heartwarming video posted by 3D Systems showing a disabled dog named Derby who can now walk thanks to new 3D printed prosthetic legs.

RELATED: One contractor wants to build an entire house with a cement 3D printer

Tara Anderson, who works as 3D Systems’ director of CJP product management, says she adopted Derby through a rescue group and that he had always been unable to walk since he was born with deformed front legs. She tried putting Derby into a special set of wheels that allowed him to move around well enough but still limited his overall ability to quickly pivot.

That’s when she and the team at 3D Systems decided to try their hands at engineering prosthetic legs with 3D printing technology. Anderson’s best idea with the project was to create artificial legs that are looped at the end rather than pointed, which reduces the chance that Derby will get them stuck in the ground while running.

Once equipped with the legs, Derby could actually run almost as fluidly and naturally as he normally would have if he hadn’t been born with deformed legs.

The whole video is remarkable and can be found below.