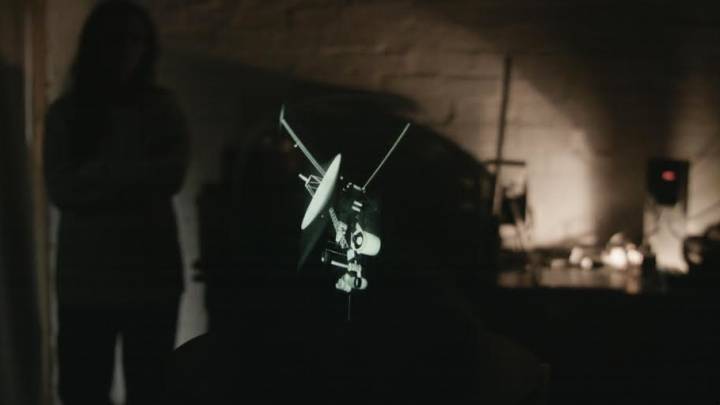 After decades of incredible technological advancements, we now have a greater understanding of which former pipe dreams might be within reach and which are better left to the world of science fiction. Holographic video has been one of the sci-fi concepts slowly transitioning into the real world over the past several years, and this amazing project from Chris Helson and Sarah Jackets is about as close to the Star Wars hologram as we’ve ever seen.

Profiled on The Creators Project, Helson says that the 3D video machine should not be confused with the 3D holograms we traditional think of:

“We use the term holographic because there is nothing else like it,” said Helson. “The machine creates 360 [-degree] moving video objects apparently floating in space and the viewer is able to walk around the machine and see the video object from any position.”

The piece is called “Help Me Obi,” after the iconic Star Wars scene in which Princess Leia pleads for Obi-Wan Kenobi’s assistance. Helson and Jackets have been working on the project for seven years now and can project objects up to 12 inches in size. It will make its debut as part of the Alt-W exhibition at the Edinburgh Art Festival on July 31st.

Check out two videos of the machine in action below: