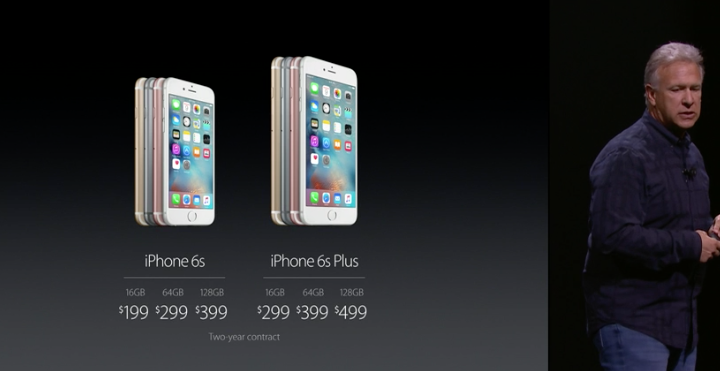 Spoiler: The 16GB iPhone is here to stay because it’s all about the money. But unlike last year, this time around Apple has measures in place that should prevent you from experiencing the same storage issues that plagued iPhone 6 users.

One of the smart things Apple did last year was to shake up its memory tiers for the new iPhones. The company replaced the 16/32/64GB options it offered in the past with a 16/64/128GB lineup. The move was pure genius because it helped Apple raise the average sales price (ASP) for the iPhone and stuff its pockets with even more cash.

Each memory upgrade costs a buyer $100 extra. But the 64GB iPhone 6/6 Plus sells for the same price as the 32GB iPhone 5s/5c, which means more customers are more likely to get to that level, as it’s $100 cheaper than the 64GB iPhone 5s.

This year, Apple had been rumored to reshuffle its memory tiers again by offering users a 32GB iPhone as the entry-level model… but Apple hasn’t done that. The 16GB iPhone is here to stay.

What Apple essentially did instead was to take a three-pronged attack to ensure the 16GB iPhone has enough storage for users.

First, iOS 9 comes in only at around 1.3GB of required storage rather than 4.58GB, which was the case for iOS 8. Secondly, Apple optimized the code of apps by introducing “app thinning,” a smart feature that lets users download only the app components required for their device. Finally, the software is now smart enough to automatically remove apps to free up storage space and then reinstall them after the software upgrade is performed.

These features, some will point out, are great for older 16GB iPhones. But they’re also going to help Apple futureproof the 16GB iPhone 6s and iPhone 6s Plus.

Why is Apple sticking to 16GB new iPhones if the iPad Pro’s cheapest version comes with 32GB of storage? Like I said before, it’s all about money.

By changing memory tiers to 16/64/128GB, Apple increased the ASPs and moved more buyers to higher levels. Those buyers will get comfortable using the new storage allotment to the point where they’d probably choose a similar version of a future iPhone for the same price, an Above Avalon report from mid-December 2014 reveals (see image above for a visual explanation).

By not giving you a cheaper 32GB iPhone 6 or iPhone 6 Plus last year, Apple made an estimated $3 billion extra (image below). Even if this is just an unofficial estimate performed last December, chances are the numbers behind it would easily apply to the iPhone 6s series as well.

It’s worth pointing out that in the first three quarters since the iPhone 6 was launched, Apple sold more than 183 million iPhones — numbers for the September quarter aren’t available yet.

That said, we can’t but ask ourselves if the 16GB iPhone curse will be here to stay for much longer. Will there be a 16GB iPhone 7 next year?