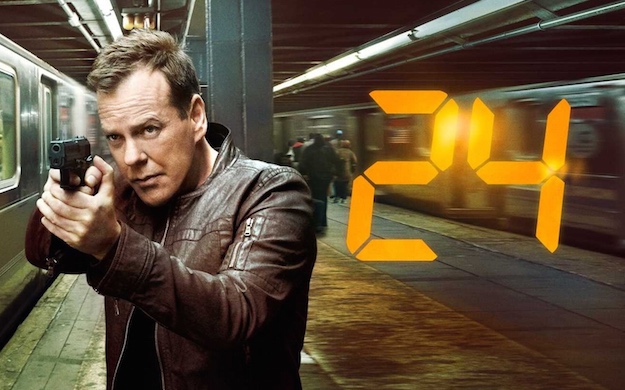 The series 24 is proving to be as resilient as the show’s protagonist, Jack Bauer. During a Fox conference call discussing the network’s 2015 fall schedule, 20th Century Fox TV co-CEOs Dana Walden and Gary Newman said that Fox is currently developing yet another season of 24.

“We have been developing another version of 24, but it’s still fairly early in the development process,” Newman said on the call. “So there just would be nothing we can tell you at this time other than we are working on something.”

DON’T MISS: C.H.I.P. is a $9 computer that could change the world

When it comes to TV, money talks and 24, despite its age, has consistently proven to be a hit with viewers. After a successful 9 season run which began in 2001, Fox in May of 2014 rolled out 24: Live Another Day, a more compressed take on the show’s typical format insofar as it only consisted of 12 episodes.

Still, the most recent season of 24 proved to be both a critical and commercial smash hit for Fox. Impressively, the 24: Live Another Day finale netted more viewers than the original series finale back in 2010.

So when might we see the next incarnation of 24 hit the screen? Though Fox provided no precise timetable, it’s worth noting that the first reports that Fox was working on 24: Live Another Day first emerged back in May 2013. From there, writing on the show began in July of 2013 soon followed by shooting in January of 2014.

Though purely speculative, if Fox follows the same schedule that they did last year, it stands to reason we could be looking at yet another season of the series landing as early as May of 2016.

If that ultimately comes to pass, one can only hope that Kiefer Sutherland is involved. While it’s hard to imagine any incarnation of 24 without Sutherland as the lead role, the actor has indicated that he’s not quite sure if he’s ready to reprise the role yet again.