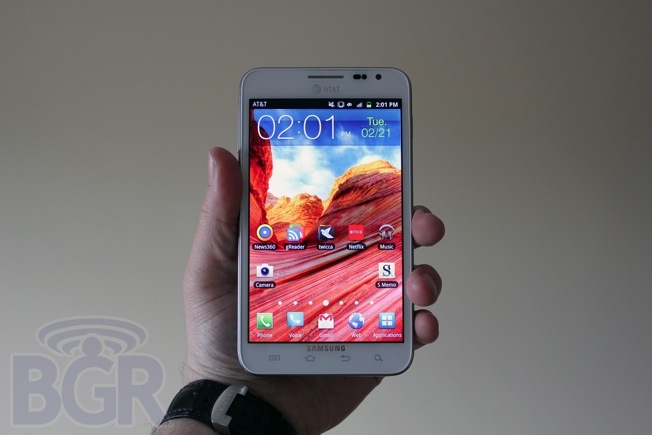 Few expected Samsung (005930) would spark a global revolution last year when it unleashed its oversized Galaxy Note “phablet.” But now that the Note has proven to be a hit, electronics companies around the world are apparently scrambling to steal Samsung’s thunder by manufacturing their own giant smartphones. Strategy Analytics executive director Neil Mawston tells Reuters that he expects “2013 to be the Year of the Phablet,” with companies such as TCL Communications’ (2618) Alcatel One Touch brand, ZTE and Huawei already bringing their own Note-like devices to the Consumer Electronics Show this week. The big reason that phablets have become so popular, ABI Research analyst Joshua Flood tells Reuters, is that voice calls are simply much less important to users than having a large, attractive screen they can use to read and watch videos. Or as Flood puts it, “smaller was better until phones got smart, became visual.”