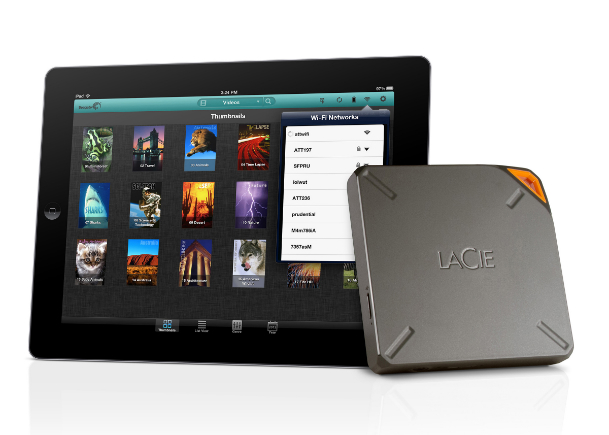 LaCie at CES 2014 unveiled a 1TB portable hard drive specifically crafted for iPhone, iPad and Mac users who require more storage on the go. The Fuel drive doesn’t need an Internet connection to wirelessly connect to iOS and OS X devices and offers battery life of up to 10 hours, allowing it to work without a power source. However, when connected to the Internet, the Fuel can also double as a mobile hotspot.