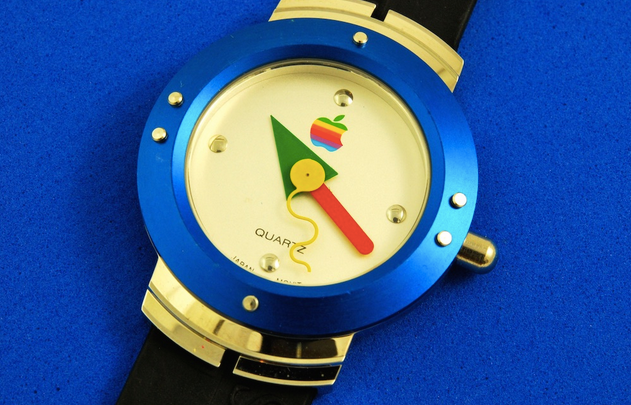 Apple’s first wearable computer is set to release next year but it’s actually not the company’s first foray into wrist watches. MacRumors points out that Apple would often create Apple-branded watches that it would give away as promotional items, including the truly hideous one pictured above that would have made Steve Jobs spontaneously combust if anyone had ever dared bring it to him as a potential product.

RELATED: This hideous piece of 2007 Google hardware shows why we should all be thankful for Apple

This particular Apple-branded watch is from 1995 and it was thrown in as a freebie for everyone who upgraded to Macintosh System 7.5. The idea of Apple giving away any piece of hardware these days now sounds preposterous, and looking at the watch itself we can see that Apple probably should have been paying for people to take it off the company’s hands.

Of course, 20 years after its release the watch has become something of a novelty collector’s item — MacRumors says that “a limited number of these Apple watches from 1995 were kept by a distributor and have now been made available for sale, priced from $99 to $129 depending on the condition, and all watches come with a new battery.”

If you’re interested in buying this watch for yourself, check out the website OriginalAppleWatch.com, which seems to be down as of this writing because it’s doubtless getting flooded with traffic.