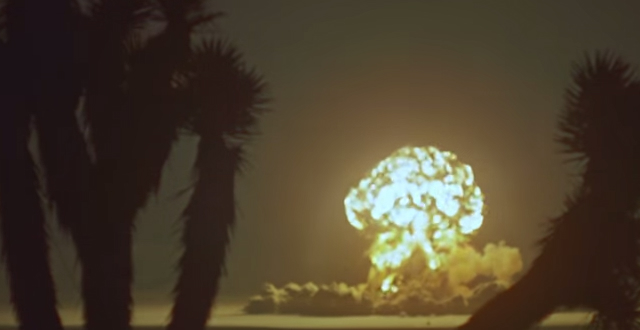 The atomic bomb is one of the deadliest weapons the human species has invented so far. Capable of immense destruction, the atomic bomb is paradoxically ensuring peace between the world’s super powers that have the weapon in their arsenals. After all, nobody wants to see actual atomic bombs detonating left and right that would bring doom to life on the planet. On the other hand, test atomic bomb explosions are an incredible thing to watch, especially if they’re presented in HD.

In fact, Atom Central posted on YouTube some HD videos depicting atomic blasts as they were recorded during testing. Impressively, these HD videos date back to 1955, having been shot during Operation Teapot in the Nevada desert.

“Collection of four previously unreleased footage capturing the detonation of some atomic bombs during Operation Teapot in 1955 at the Nevada Test Site,” the YouTube channel says. “One is known as ESS for Effects Sub Surface and one is shot BEE. No sound.”

The full video, just one minute and 34 seconds long, follows below – and yes, expect a few bright flashes of light to come your way.