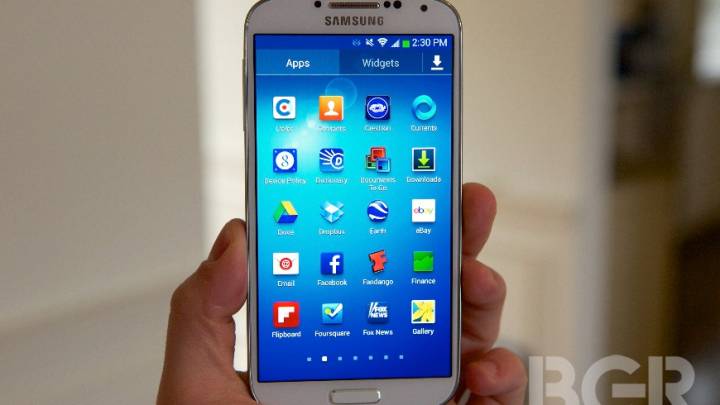 Samsung’s newest flagship smartphone is now available on AT&T, T-Mobile and Sprint, and will be coming to Verizon later next month. The Galaxy S4 comes in 16GB, 32GB or 64GB models, however users may want to splurge for the higher capacity models. Geek.com discovered that nearly half of the internal storage for the 16GB model is used even before the device is powered on for the first time. Samsung has bundled together a number of preloaded applications on the handset such as S Health, S Travel and its ChatOn messaging service, among others, that take up a total of 45% of the 16GB Galaxy S4. Despite the fact that it is advertised to include 16GB of internal storage, in reality users are left with a mere 8.82GB of available space. Luckily the Galaxy S4 supports expandable storage of up to  64GB of additional space, so it is recommended that users bypass the entry-level model or purchase a microSD card.