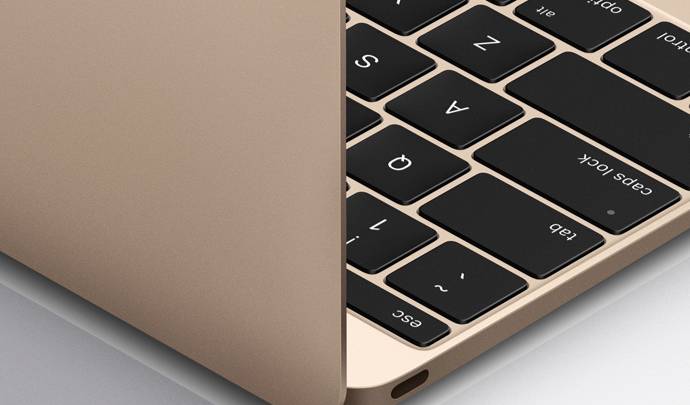 In January, right around the time Retina MacBook leaks picked up, it was suggested that would dump all ports in favor of a single USB-C port. At that time, I said people really should stop freaking out over the potential lack of a MagSafe charger, as it wouldn’t be as big a deal as many were making it out to be.

Now that the new MacBook is official and it doesn’t have a MagSafe port, I’ll remind you yet again: Stop freaking out.

Back then, I speculated that Apple might have found a way to include some sort of magnets somewhere else, maybe on the AC adapter, which now I know is not the case. But my main argument against freaking out was battery life, as I assumed the 12-inch model would offer great battery life – so good that you’d only have to recharge the laptop at home, maybe at night, thus minimizing the risk of accidents.

And that’s exactly what Apple did. You get up to 10 hours of 1080p movie playback, or 9 hours of wireless web, according to the company. That should be more than enough to get you through the day without needing a charger, and thus without tripping over any wires.

Of course, not all users will be content with that, and some will need more frequent charging depending on what they do on the laptop. The device isn’t supposed to just be a tool for browsing the web or watching movies, after all.

So should you worry about accidents while charging?

The risk of pulling the MacBook off a desk is real if you trip on the charging wire, as the USB-C connector isn’t magnetized like MagSafe is.

Macworld has looked into the actual science of pulling the laptop off a table, considering all the possible parameters that could affect the integrity of the MacBook. Physics fans will certainly appreciate the detail in Macworld’s piece, which weighs a variety of factors including pull force, the force’s direction, gravity effect, static and kinetic friction. The post also considers the amount of force required to pull off the connector from the device without moving the laptop.

Unfortunately, the site didn’t reach any real conclusion, as there are several possible outcomes – obviously, one of them is that you end up having to pick up the potentially damaged MacBook from the floor. But in many cases, you might just end up slightly moving the laptop, pulling the USB-C connector out, or ripping it without damaging the laptop.

So then, is the lack of MagSafe adaptor cause of concern? No, it’s not. Sure, you’ll be more nervous about what happens you pull on that USB-C cord by accident, but that doesn’t mean you’ll simply destroy your Mac if it happens.

Assuming you run out of battery life, and assuming you apply the specific force required to pull the MacBook off the table, there’s one more thing that should put your mind somewhat at ease, and that’s the MacBook’s build quality.

The device lacks physical hard drives or other components that could be damaged by such a fall, it has a very compact motherboard, and it’s still made of durable materials that will help it survive the accident. The most fragile parts of the device appears to be the display and possibly its new hinge mechanism, but these are just assumptions at this point, since nobody has actually performed and reported on drop tests.

Finally, keep in mind this USB-C MacBook can be best buddies with external batteries. So if you really need to recharge it during the day, why not invest in an external battery that will be able to recharge it over a tiny USB-C cable, which means you won’t have any wires dangling over your desk.

Macworld’s awesome look into the physics behind a MacBook accidental pull and the conditions required to damage the device is available below.