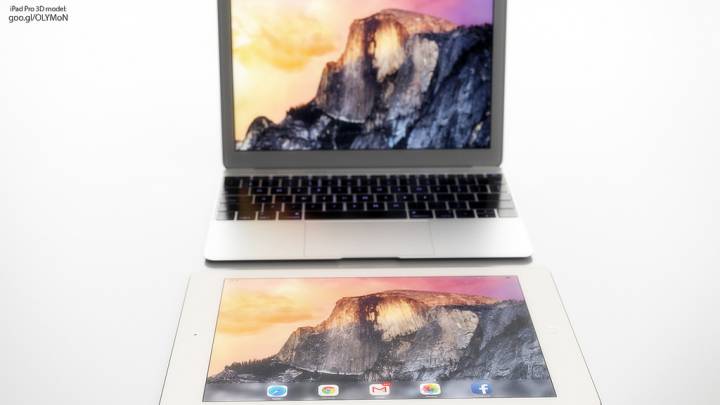 The rumored 12-inch MacBook Air and 12-inch iPad Air Plus/iPad Pro are reportedly launching later this year, as recent reports have confirmed major details about Apple’s newest MacBook model. Because the two different devices will be somewhat similar when it comes to size and build quality, some users may actually have a hard time choosing between them, and designer Martin Hajek has come up with a variety of 3D renters showing what these products may look like.

Hajek, who has published on his blog similar renders of previously rumored Apple devices, used reported leaks of both devices as the basis for his concept renders.

As seen in the following gallery of images, Hajek is projecting that the 12-inch MacBook Air and the 12-inch iPad might be similar in overall size and thickness. Interestingly, the bigger iPad also has a bigger bezel than what you’d expect from Apple considering its recent iPad Air and iPad mini designs.

Some of Hajek’s concept images follow below, with even more pictures available at the source link.