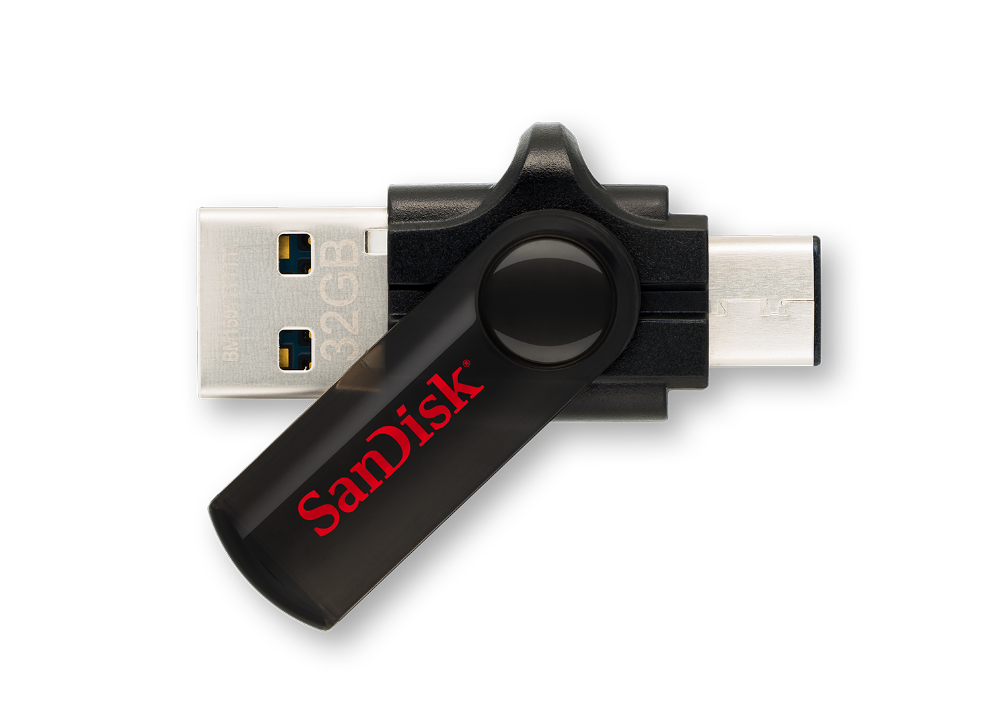 Apple’s rumored ultra-slim and light 12-inch Retina MacBook Air is far from being official, but there’s already one accessory ready for it, as announced at MWC 2015 in Barcelona, Spain. Though to be fair, it’s not just future 12-inch MacBook Air buyers who will be happy to see it in stores.

FROM EARLIER: The best accessory you can’t use with your Galaxy S6 or Galaxy S6 edge

SanDisk on Sunday announced new mobile flash drives that should make it even easier for consumers to transfer files including a Type-C-ready drive. While the company didn’t specifically highlight any unannounced product for it, the redesigned MacBook Air immediately comes to mind, as Apple is rumored to use a Type-C USB connector in the new notebook.

SanDisk’s new memory solution is actually a dual USB drive with a Type-C connector at one end and a USB 3.0 connector at the other end. The device, which will initially be available with 32GB of storage, will launch in the second quarter of the year for an undisclosed price.

In addition to the dual USB drive, SanDisk also announced a higher capacity 128GB iXpand Flash Drive for iPhone and iPad, priced at $149.99 and a massive 200GB microSD card.

SanDisk Makes it Easy for Consumers to Transfer, Access and Share Photos Across All of Their Favorite Devices
Introduces two new mobile flash drives to simplify management of photos, videos and other files captured on mobile devices

According to a recent industry report from IDC1, this year people will capture and share an estimated 1.6 trillion images, and seven out of 10 of those images will be captured on a mobile device. With this rising trend, users want to be able to easily share and store their content across multiple devices and operating systems – in a seamless, intuitive and secure way.

“With the rapidly increasing amount of content captured on mobile devices, we know that consumers want easy ways to manage it all. In fact, our research shows that 82% of US smartphone users find transferring of photos, videos, music and other files to be very important to them2, and 67% would like new, easy ways of transferring those files,” said Dinesh Bahal, vice president, product marketing, SanDisk. “We are focused on delivering memory solutions designed to simplify the transfer process, while also providing expanded storage capacity so they can keep capturing and sharing great memories.”

The Dual USB Drive with Type C connector also works with the SanDisk® Memory Zone app, which gives users even greater control over their mobile device’s memory storage. The app, available for free download from the Google Play™ store, is compatible with most Android™-powered devices and allows users to easily locate, organize, transfer and back up data. When the device is connected, the Memory Zone app auto-launches, and allows users to easily manage and transfer content between their mobile device and the drive.

The well-rated and full-featured iXpand Sync app, available on the App Store for iPhone and iPad allows users to automatically sync, backup and transfer photos and videos. It launches when the iXpand Flash Drive is plugged into an iPhone or iPad.

Additionally, the iXpand flash drive enables effortless playback of videos and music directly from the drive, including non-native and PC-friendly file formats such as AVI, MKV and WMV67.

The iXpand Sync app also now allows users to take advantage of Apple’s Touch ID fingerprint identity sensor on iPhone 6, iPhone 6 Plus, iPhone 5s, iPad Air 2 and iPad mini 3 running iOS 8 to encrypt and decrypt sensitive files on the drive, utilize popular apps to open files from the drive, as well as save content generated by these apps directly to the drive.

Pricing and Availability
The 32GB SanDisk Dual USB Drive with Type C connector features a two-year warranty8 and will be available worldwide in Q2.

2SanDisk consumer market survey of 1,003 participants in the USA, June 2014

9Product availability may vary by country and retailer.