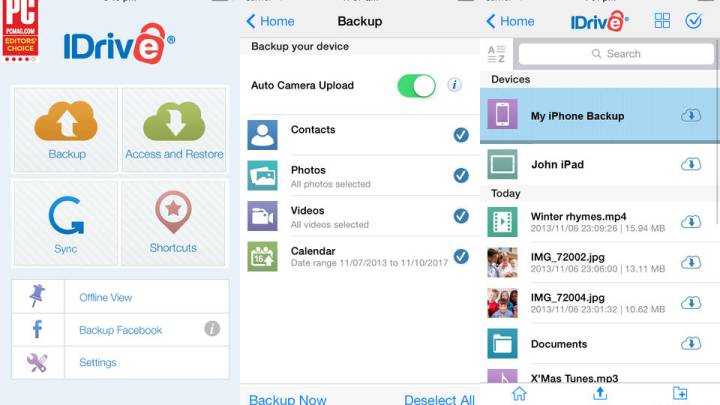 After offering Android users 100GB of combined backup and sync cloud storage for just $0.99 per year, iDrive on Wednesday announced that it’s bringing the same offer to iOS device users. The company will offer iPhone and iPad users 50GB of cloud for data backup purposes and 50GB for syncing, thus matching its offer for Android devices.

With iDrive, users will be able to back up their mobile data including contacts, calendar, photos, videos and other files, and sync files across all their devices. The app also lets users access files from other devices on their iPhone or iPad once they’re synced. Finally, the app will let users share files and folders with anyone else.

The iOS iDrive app also packs a variety of security features including 256-bit AES encryption, optional private key encryption which allows only the user to access his or her data, and pass code protection that can be used to lock the app from prying eyes. Furthermore, the app lets users unlink any devices that may have been lost or stolen.

In order for users to get their 100GB of cloud storage, they’ll need to sign-up for it from within the iOS app. The iDrive application is available as a free download from the App Store, and the 100GB offer can be activated via a $0.99 in-app purchase. iDrive requires iOS 6.0 or later to work.

As for Apple, the company sells 50GB of iCloud storage for $100 per year, while a 10GB upgrade costs an additional $20 annually.